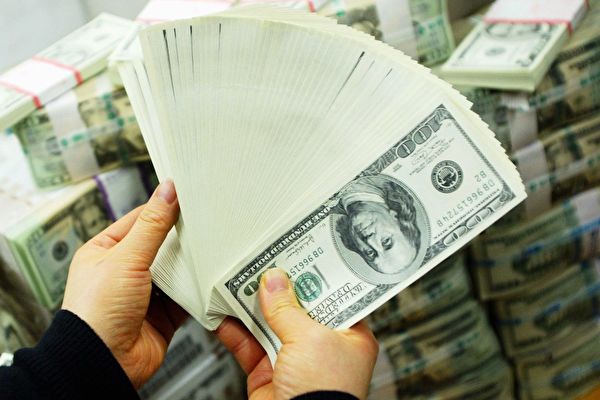 The Chinese Communist Party’s (CCP) strict controls on foreign exchange have led to a proliferation of underground banks. Shanghai police recently cracked the first case of an underground bank selling game time cards (GTC) as a cover for illegal currency exchange. In six years, the underground bank has transferred $3.75 billion.

According to Chinese media reports, the underground bank used the GTCs as a medium to form a multi-link currency exchange chain in China, helping domestic and foreign customers exchange currencies. Over 20 people have been arrested and 3 online exchange platforms have been shut down.

According to the report, the suspects liked the international liquidity and price stability of online GTCs. Through a self-fixed exchange rate, the cards are used as the medium to connect the domestic and foreign exchange transactions, so that it looks legitimate. The suspects recruited several domestic GTC dealers to facilitate the illegal exchange of foreign currency.

Among them, the biggest penalty was for illegal trading of foreign exchange by a person outside China named Zeng. From November 2018 to January 2020, Zeng illegally traded 32 foreign exchange transactions through underground banks, totaling $7.472 million, and was fined $841,750.

Xia Yeliang, a former professor at Peking University’s School of Economics and a visiting fellow at the Cato Institute, told The Epoch Times that the CCP relaxed foreign exchange controls in the 1990s, hoping to eventually make RMB freely convertible and make it an international means of payment and storage. But when Xi Jinping came to power in 2012, changes occurred and the CCP began to tighten foreign exchange controls.

In an effort to control capital flight, the CCP imposed an annual cap of $50,000 on foreign exchange purchases and settlements by Chinese citizens in January 2007. In addition, Chinese citizens are not allowed to take foreign currency out of the country in excess of the regulations. It is also illegal to transfer funds using underground banks, virtual currencies, and transactions in small batches.

Xia said he knew the rules when he taught at Peking University. People were transferring money to Hong Kong and then to the rest of the world. But large sums of money are hard to carry, and so underground banks emerged. Now that Hong Kong is controlled by the CCP, it’s hard to transfer through Hong Kong.

Xia said underground banks face the highest risks because they have to trust each other without formal written contracts. Meanwhile, the commission is high, with the minimum being 3 percent.

Danny Lau Tat-pong, a Hong Kong business leader with factories in China, told The Epoch Times, “There are also many underground banks that don’t charge a handling fee and pocket the difference [instead]. For example, if 100 Hong Kong dollars (about $13) is exchanged for 82 yuan ($12.82), he may give you 80 yuan ($12.50), and pockets the difference. It’s easier to make more money from pocketing the difference.”