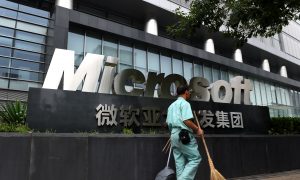 The Chinese Communist Party has a glorious history of waging war on tiny woodland creatures. In 1958, Mao Zedong launched the Four Pest Campaign as a kick-off to the Great Leap Forward. People were encouraged to exterminate mosquitoes, flies, rats, and sparrows. It was thought that since the sparrows eat grain, wiping them out would mean more grain, right? Nests were destroyed, eggs broken, little baby sparrows killed, others shot from the sky. People would run around beating pots and pans so the sparrows wouldn’t land, until they literally fell from the sky in exhaustion. Rewards were given to schools, work units, and government employees for how many they killed.

The only problem was, in addition to eating grain, the sparrows also ate locusts. Without the sparrows, a plague of locusts swept through China, devouring crops. Next to the Communist Party’s ineptitude and willful ignorance, this locust plague became one of the main contributors to the Great Chinese Famine. That’s right, the great leap forward, ended in a famine that killed 20- 45 million people.

The Chinese Communist Party has a glorious history of waging war on tiny woodland creatures.

Well now there’s a new pest in the crosshairs: gerbils. Swarms of gerbils are wrecking havoc in the Xinjiang Autonomous region. And they have been since 2003, which gives you a sense of how successful the extermination campaign has been so far.

By 2005, there were a billion of them—occupying a swath of land equal to the half the size of Kentucky. They’ve destroyed trees, crops, and grassland—and that’s a pretty big deal in a nomadic society. Plus, their burrowing has damaged roads and railways.

Did I mention they’re giant gerbils? Yes, a normal gerbil is tiny: about 4 inches long. These gerbils are well over a foot long.

Not to worry, though. The glorious Communist Party came to the rescue. When the monster gerbil plague began, they immediately implemented their standard foolproof strategy: they hushed everything up. Until, as usual, the problem got so big they couldn’t cover it up anymore. Hmm…when has that happened before? Oh yeah, SARS.

Until, as usual, the problem got so big they couldn’t cover it up anymore. Hmm…when has that happened before? Oh yeah, SARS.

Now, there have always been gerbils in the sweeping plains of Xinjiang. A rise in agriculture is believed to be one of the causes of the sudden gerbil boom over the last decade, but still no one is quite sure why there are now so many of them now.

So what has been done to curb the gerbil plague? Well, after the traditional poisons and gassing of burrows failed, they tried breeding eagles to eat the gerbils, hiring gerbil bounty hunters, and dusting the desert with abortion pills.

And…none of these have worked.

Fortunately, gerbils aren’t a direct threat to humans. Except for the recent discovery that gerbils, not rats, were the cause of the Black Death in 14th Century Europe.

Now there’s no evidence that these particular gerbils in China today are spreading disease. But maybe it’s not an impossible scenario.

But even without disease, rodent infestations can be devastating. And historically, people have never been particularly good at fighting off swarms of unwanted animals.

In 1859, an English settler in Australia released 24 rabbits into the wild. Those rabbits grew into an unstoppable swarm that devoured everything in its path, resulting in one of the world’s worst environmental disasters. To fight it, the Australian government built a giant cross-country wall, over a thousand miles long. By the time it was finished in 1907, there were rabbits on both sides so it really was just a big waste of time.

In 1935, Australia also had a problem with cane beetles devouring sugar cane crops. So they released the cane toad to eat the beetles. And they did. The toads also ate, literally, everything else. They even swallowed birds. And they’re also so toxic that almost nothing can eat them. Even when they’re tadpoles.

And well, let’s not forget the Black Death. A third of Europe’s population was wiped out. Though now we know it was caused by the cursed gerbil, at the time many people blamed on the Jews. Of course, some local clergy were more logical, chalking it up to the wrath of God, so they encouraged people to mitigate this problem by flogging themselves with metal-tipped leather whips, and to not bathe or change their clothes. That helped spread the plague.

Hmmm…eagles and abortion pills don’t sound like such a bad idea by comparison.

So what do you think should be done about the gerbil infestation in Xinjiang? Leave your comments below. And be sure to sign up for the new weekly newsletter at China Uncensored.org.