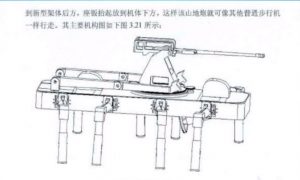 China Uncensored: 10 Signs China’s Military Is Weaker Than You Think

Sure China has the largest standing army in the world, with 2.3 million people, a military budget of 120 billion dollars, and spider tanks. But it turns out that China’s People’s Liberation Army might not be as powerful as you think. And here are 10 reasons why.

You know what’s like, super duper important for a military? Joint command. That’s when the different branches of the military–air force, navy, army–can work together and know what the other is doing. Now this is something every major world military has, except China.

The People’s Liberation Army is really cheap! According to the Pentagon, the average US soldier is so loaded up with the latest high tech gear, that it costs 17 and half thousand dollars to equip him or her. A Chinese soldier on the other hand, is only given fifteen hundred dollars worth of gear, and the gun makes up almost half of that. The helmet comes in a distant second.

Some of the equipment they do have, a lot of soldiers today can’t even fit into. According to research from China’s General Armament Department, Chinese soldiers on average have grown taller by 2 cm, and 5 cm around the waist. That means they’re too big for their own guns and tanks. And even though China’s military spending has gone up to 120 billion dollars a year, a lot of that is just going into reconfiguring currently existing equipment.

Even if they don’t have the latest high-tech equipment, the People’s Liberation Army has great, forward-thinking minds like Vice Admiral Zhang Zhaozhong. In 2003, Zhang predicted that US troops would never take Baghdad. Literally hours later, US troops marched into Saddam Hussein’s palace in Baghdad. Zhang also predicted that ousted Libyan leader Muammar Gaddafi would never be found. Just as Libyan rebels were dragging him out of his hideout. Zhang also said Beijing smog really isn’t such a bad thing because it could block America’s laser-guided missiles.

China is the only country that’s a permanent member of the UN Security Council that has never built their own aircraft carrier, though they did refurbish one they bought from Ukraine. Anyway, it had to dock shortly after launch because of suspected engine failure.

Every year, the PLA swells by 6 million new recruits. Now that might be cause for alarm, if it weren’t for the fact that they’re gone a month later. College freshmen are required to undergo military training before classes begin. But a lot of that time is spent learning how to goosestep and being lead through forced renditions of patriotic songs. Now, that might not be quite as effective in wartime as say… a drone.

Now you’d think one of the most important parts about learning to be a soldier would be to…learn how to be a solider. But in China, political and ideological indoctrination is first and foremost. 20 to 30 percent of their training is devoted is spent studying Party propaganda, singing patriotic songs, and going over the finer points of Marxist-Leninist thought. Except during induction training. Then it’s 40%.

That might not matter much, because Chinese ground troops aren’t exactly fighting in a lot of wars. In fact, the last time Chinese troops were deployed en masse was…1989 in Beijing.

New recruits to the PLA aren’t exactly Rambo. 60 percent of college students applying for military service fail the physical exam, according to Beijing’s army recruitment office. The problem, the recruitment office says, is because students are overweight, weak, and have bad eyesight.

In fact, Beijing has twice lowered standards for physical fitness for those applying for military service, first in 2008 and again 2011.

Since all the top brass in the PLA are basically Communist officials, China’s military is riddled with corruption. According to Business Insider, “military graft is so pervasive it could undermine China’s ability to wage war.” Several high ranking members have been expelled from the Party and arrested, including Xu Caihou, who was the top military official during former Party leader Hu Jintao’s administration.

So let’s sum up: if you combine all of the above with the fact the People’s Liberation Army hasn’t been in overseas combat in about 30 years… and you have a dangerously unprepared, untrained military that is controlled by people with no actual military expertise… and who’s primary concern is perpetuating the Communist Party’s power…

Umm, actually… China’s military sounds kind of terrifying. So I’m going to hide under my desk, but while I do that, be sure to leave your comments below and check out China Uncensored LINK for more.