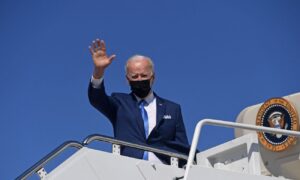 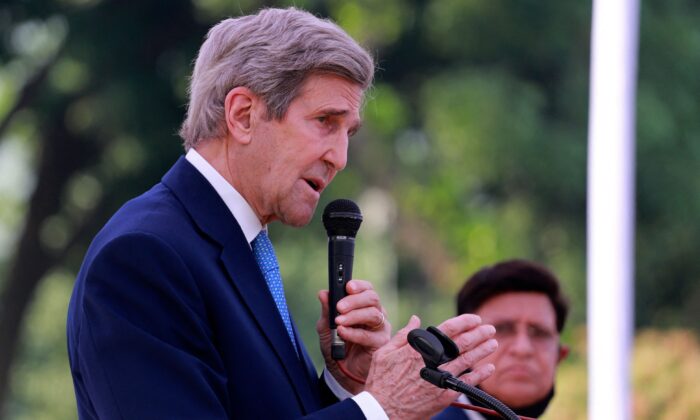 China, US Agree on Need for Stronger Climate Commitments

The Chinese regime and the United States agree that stronger pledges to fight climate change should be introduced before a new round of international talks at the end of the year, the two countries said in a joint statement on April 18.

The statement came after a meeting between Chinese climate envoy Xie Zhenhua and his U.S. counterpart, John Kerry, in Shanghai on April 15-16, China’s environment ministry said.

“The United States and China are committed to cooperating with each other and with other countries to tackle the climate crisis,” their joint statement said. The two countries will continue to discuss “concrete actions in the 2020s to reduce emissions aimed at keeping the Paris Agreement-aligned temperature limit within reach.”

Kerry arrived in Shanghai on April 14 under tight COVID-19 protocols and was transferred to a secluded hotel not open to the public. He subsequently traveled to Seoul.

His stop in Shanghai was the first high-level visit to China by a Biden administration official since the new president took office, and followed a contentious exchange between officials from the two countries in March in Alaska.

The talks also mark a resumption of climate dialogue between the world’s two biggest greenhouse gas emitters. Bilateral discussions ground to a halt during the administration of Donald Trump, who withdrew the United States from the 2015 Paris agreement, saying it unfairly punished U.S. businesses.

Biden will hold a virtual summit for dozens of world leaders this week to discuss climate change, to be livestreamed for public viewing. Global climate talks are scheduled for Nov. 1-12 in Glasgow, Scotland.

The statement said the two countries also agreed to discuss specific emission reduction actions including energy storage, carbon capture, and hydrogen. They said they would take action to maximize financing for developing countries to switch to low-carbon energy sources.

The Paris agreement encourages countries to submit more ambitious climate pledges if they are able to do so. China has already promised enhanced actions as it tries to meet its goal to become “carbon neutral” by 2060.