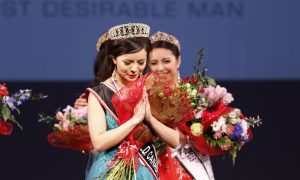 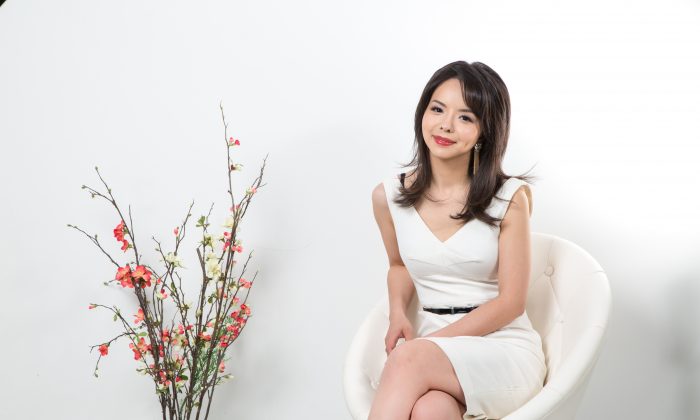 The global Miss World competition, in which delegates from 112 countries will gather to compete for the beauty pageant crown, is set to begin on Nov. 21. It is being held this year at a resort in Sanya, China.

But of all the contestants, it appears that Anastasia Lin, Miss World Canada 2015, is the only one who hasn’t received an invitation letter from the Chinese hosting organization.

Lin is active in promoting human rights in China, and she believes she has been excluded for this reason. She’s asking the Miss World organization, based in London, to step in.

At this time I believe it’s no longer an administrative problem.
— Anastasia Lin, Miss World Canada 2015

“At this time I believe it’s no longer an administrative problem,” she said in a telephone interview from Toronto. “The other girls received theirs 10 days ago. I’m the only one I know of who has not gotten the invitation letter.”

But the response from Miss World seemed limp.

“We do not have any control over who is issued a visa,” the group said in a response to Washington Post. “Although regrettable, the event would still continue under these circumstances.”

Lin retorted that the response did not take the issue of political discrimination head on. “I believe that Miss World has the power to change the outcome of this,” she said.

Without the letter, Lin cannot apply for a visa; without a visa by Nov. 20, she will be automatically disqualified.

The hand of the Chinese regime does not seem far removed from all this, given that security agents were dispatched to her father’s home in China soon after she won the crown in May, in order to put her under pressure.

Lin has acted in a number of films on human rights issues in China, including the persecution of the Falun Gong spiritual practice, a highly censored subject by Chinese security and propaganda forces. Apart from her films, Lin is known to be active in discussing and raising awareness about human rights abuses in China.

It was her promise to “be a voice for the voiceless” that helped her secure the crown in Canada.

After she reported that her father was threatened by security officials—an attempt to silence her by proxy—Canadian government representatives spoke out in her support.

“Canada commends Ms. Lin for her efforts to raise awareness regarding these issues,” Amy Mills, a foreign ministry spokeswoman, told Epoch Times in an emailed statement. “Canada is also concerned about allegations that the Chinese government has harassed Ms. Lin’s family in China.”

The Washington Post, in an editorial on Nov. 7, wrote that “we assumed the Miss World pageant would have the self-respect to insist that the host nation admit every legitimate contestant—or, if not, to move the contest.”

The Post called the reply they received—with Miss World essentially washing their hands of the matter—”the kind of pusillanimous response that has become increasingly common as China’s bullying intensifies.”

The Chinese Communist Party is widely known to intimidate and punish individuals and groups—including foreign academics, journalists, nongovernmental organizations, and others—who shine light on political persecution or other state abuses in China.

Lin told Epoch Times, “I’m a contestant representing Canada, and Canadian judges chose me precisely because they thought I would best represent Canadian values, including liberty and human dignity. Now, Chinese authorities are trying to prohibit me from representing my country, discriminating against me because I chose to stay true to my conscience, and have spoken my own mind.”

She continued, speaking about what Miss World ought to do in the face of the potential discrimination and political interference from China: “I would respectfully suggest that the Miss World Organization consider whether it’s appropriate to continue using China as a venue for its events.”

“I ran for Miss World Canada because of the pageant’s motto of ‘Beauty with a purpose,’ and I believe I have used the crown in a way befitting that principle. If they too truly want to live by their motto, then they should reconsider hosting it in China this year,” she said.

Lin added, “If everyone stood up to the Chinese regime on matters of principle, then they wouldn’t be bullying people like this.”