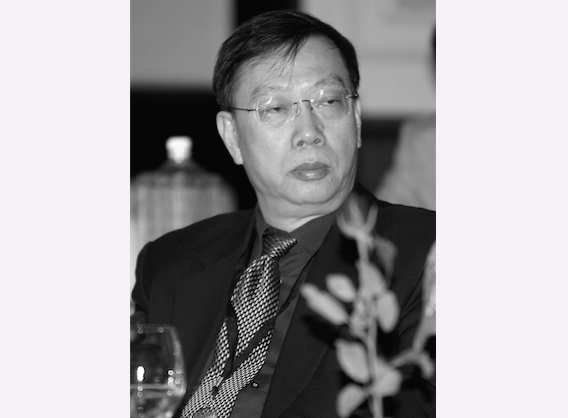 For years the international transplant community proceeded under the assumption that China’s organ transplant system would be shifting away from a reliance on prisoner organs, and instead developing its own voluntary donation system.

The matter has been at issue since 2006, after dark revelations emerged about mass, live organ harvesting from practitioners of Falun Gong, a persecuted spiritual discipline. Chinese officials said that only prisoners on death row, due for execution, were harvested for their organs. And only after giving consent.

Since then, organizations like The Transplantation Society and the World Health Organization sought out ways to cooperate with China, and were generally careful not to say anything that could be construed as negative about the Chinese Communist Party’s transplant system. International cooperation and progress were the watchwords.

But those efforts seem to have paid off very little indeed, judging by recent remarks by Huang Jiefu, China’s organ czar.

Huang was the vice minister of health from 2001 to 2013, and was the face of China’s transplant policy from the time the revelations of organ harvesting first became public. He left the Health Ministry last year and began heading up the China Organ Donation and Transplant Committee, the country’s top official transplant organization.

In an interview with a Chinese newspaper recently, Huang defended the practice of sourcing organs from executed prisoners.

He not only defended it, but also argued for an expansion of the system.

“Judicial organs and local health ministries should establish ties, and allow death row prisoners to voluntarily donate organs and be added to the computer organ allocation system,” Huang said, in remarks that were paraphrased by the Beijing Morning Post and widely published on Chinese websites.

He added that hospitals should be prohibited from obtaining organs without authorization. And the families should receive “humanitarian relief” (also known as cash payments.)

For observers and writers on the issue of China’s transplantation system, Huang’s remarks represent an enormous step backward in the promises that were made to reform the system.

“We’re back to where we started in 2006,” said Ethan Gutmann, an investigative journalist whose book on China’s organ system—“The Slaughter: Mass Killings, Organ Harvesting, and China’s Secret Solution to Its Dissident Problem” —will be published later this year.

“We have no admission of harvesting of prisoners of conscience, and they’re basically saying that they need to get their forms in order. I don’t see that we’ve made any progress at all.”

Huang Jiefu himself long posed as the reformer inside the Chinese system, battling against the entrenched bureaucratic interests that sought to maintain the ability to harvest prisoners (though at no time did China, or its international partners, address the question of the harvesting of prisoners of conscience, primarily Falun Gong prisoners).

That image was reinforced by an honorary professorship for Huang granted by the University of Sydney in 2008 and renewed in 2011.  The premise of the award was that “Huang … made significant changes to the regulation of China’s organ transplantation processes in an effort to curb the practice of organ retrieval from executed prisoners.”

But later remarks by Huang, and boastful revelations on the Chinese Internet, seemed to undercut that image even then.

In an interview with a reporter with the Australian Broadcasting Corporation, Huang admitted to harvesting organs from executed prisoners.

Interviews in the Chinese media also revealed that Huang, until relatively recently, carried out such transplants regularly.

“This is a man who until recently did two kidney extractions a week on ‘whatever the cat dragged in,’ as far as I can tell,” Gutmann remarked, in the telephone interview.

Aside from Huang’s credentials or the sincerity of his intent, his recent remarks suggest a determined backpedaling on the part of the Chinese authorities on commitments they previously made to the international community about the role of prisoner organs in their transplant system.

Now, instead of eliminating the practice, they seek to integrate the prisoner system alongside the regular voluntary system.

“The use of prisoners who are being executed is an immoral way to produce organs,” said Dr. Arthur Caplan, a professor of bioethics at New York University, in a telephone interview.

“Mixing this strategy into their emerging procurement and allocation system risks burying it from critical analysis and makes the ability to track the use of organs from condemned prisons even more difficult. There’s nothing about this announcement that I think is good news. There’s a lot about it that I think is very bad.”

It is also a direct contravention of the World Medical Association’s demand that “organs of prisoners and other individuals in custody must not be used for transplantation, except for members of their immediate family.”

Huang’s recent remarks also directly contradict commitments that China made in October last year at a conference in Hangzhou, China, which heralded a new era for organ transplantation in China.  This “new era” was to be marked by “the cessation of organs being recovered from executed prisoners,” and the guarantee that “the source of organs is in compliance with international ethical standards.”