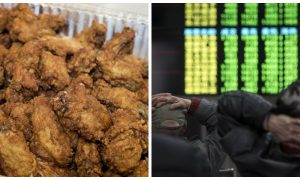 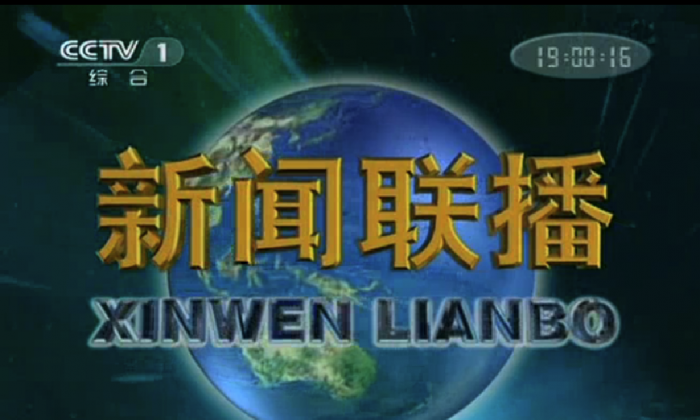 After dinner, I sat comfortably on the sofa and watched China Central Television’s 7pm Daily News broadcast. At the same time, a good friend was by my side, constantly telling me stories about how he earned millions of dollars a day, or how he once had a romance with a movie star. Several minutes later, I was so annoyed by the out-and-out lies I was being told that I decided some action had to be taken. I turned off the television and focused on my friend’s bragging.
—Jandan

A mall in a city in China caught fire, and of the more than five hundred people inside, only 122 managed to escape. A foreigner asked a Chinese friend about it: “How many people lost their lives in the accident, then?” The Chinese replied: “Thirty-seven!” Startled by the answer, the foreigner said: “You must not know anything about basic arithmetic.” The Chinese replied: “You must know nothing about China!”
—Zhouyw

Explanation: Statistics issuing from official sources in China are always being questioned—especially when it comes to economics and casualties. One meme suggests that dozens of disasters, either natural or manmade, end up with an official death toll of exactly 37 (based on a search in Baidu). Internet users hence made the joke that there might be a secret rule that local Party officials will be dismissed if any more than 37 people die in an incident in their districts. In fact, there are many accidents in which more than 37 people were reported to have died—though the 37 meme, and mistrust in officialdom, persists.

CHINA TRANSLATED: How to Get Police in China to Remove an Abandoned Vehicle

@Xidan Learn History V10: “Born in a village of Henan Province, Daniel Chee Tsui left for Hong Kong to attend middle school in 1951. Afterwards, his father starved to death in 1959, and his mother, who had been identified as a “spy” in “class struggle,” died in poverty and illness in 1968. When Tsui’s mother passed away, Tsui’s sister kowtowed to every resident in the village just to borrow a spade to bury her mother—but nobody offered help. However, after Tsui won Nobel Prize in 1998, the local government of his village reconstructed Tsui’s family house in a high-profile manner, and even named it a Patriotic Education Base.”
—Weibo

@Hao Jinsong: Pastor Joseph Gu, an open critic of China’s forced demolition of crosses on churches, went missing last week. On Jan. 18, his family received official notice that Gu had been placed under ‘residential surveillance in a designated location’. His wife Zhou Lianmei went missing simultaneously. Gu is reportedly the highest-ranking Christian leader detained since the Cultural Revolution… Falun Gong practitioners were persecuted by the Chinese Communist Party. Human rights lawyers were then persecuted. Christians were also persecuted. All those who dare to speak were imprisoned. Under the tyranny of a dictatorship, everyone can become victims of persecution and oppression. The persecution will persist if we do not act to resist.”
—Aboluo

More than half a year after the Sinking of the Dong Fang Zhi Xing on Yangtze River, the provincial government of Hubei announced a list of 99 government departments and 253 individuals to be commended for their rescue work after the accident.

The news was soon met with enraged comments from Weibo users. One remark compared the accident with the Sinking of the MV Sewol in South Korea: “Among 476 passengers of the MV Sewol, 172 were rescued and 304 died. President Park Geun-hye apologized in tears and the prime minister resigned. The Korea Coast Guard was dismissed for failure to respond to the accident. In contrast, the sinking on Yangtze River resulted in 442 deaths out of 454 passengers. Only 12 survived and 10 of them escaped the ship by themselves. The huge rescue team only rescued 2 lives from the ship. Despite this, the government still plans to commend 99 departments and 253 individuals.”

Another remark says: “This country is a real laugh. Hundreds lost their lives and they want to hold an award ceremony.”

On Jan. 7, three 19-year-old Chinese students were sentenced to prison for between 6 and 13 years in the United States, for bullying a high school girl. They had stripped, slapped, burned and kicked her at a park in San Gabriel Valley, California. The news became a hot topic on Weibo as many Chinese netizens, unusually, expressed gratitude to the United States for bringing the young bullies to justice.

The context behind the remarks is that similar crimes are almost never subject to serious punishment in China. This can be verified by what the father of one of the defendants said in an interview. The father stressed that he knew little about the “legal and cultural differences between China and the United States.” Such remark was called “cruel” by Chinese netizens.

“The father was really suggesting that he did not know ‘money’ or ‘bribery’ could not help his son escape legal punishment like in China,” one comment said. A top-rated response said: “Thank you, America, for teaching these scumbags a real lesson that they would never learn in China.”