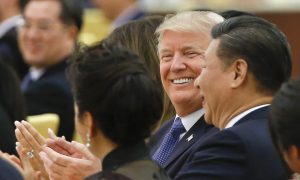 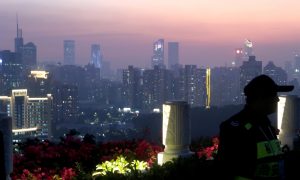 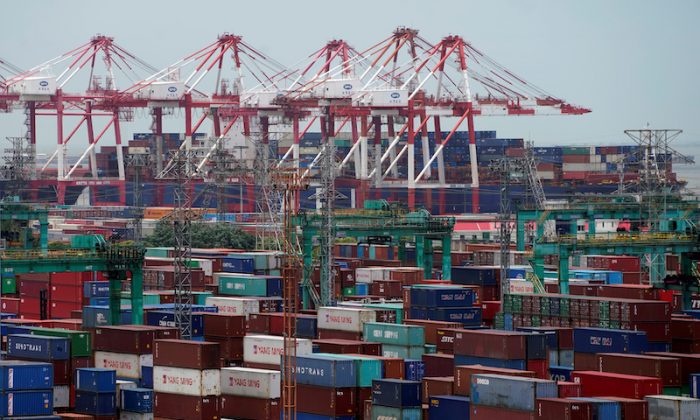 Shipping containers are seen at a port in Shanghai on July 10, 2018. (Aly Song/Reuters)
China-US News

WASHINGTON—The United States has welcomed Chinese concessions since the two nations declared a trade-war truce earlier this month, although trade experts and people familiar with the negotiations say Beijing needs to do far more to meet U.S. demands for long-term changes to how China does business.

Since then, Beijing has resumed buying U.S. soybeans, the single-largest agricultural export between the two countries. China has also cut tariffs on imports of cars from the United States and told its state refiners to buy more U.S. oil.

Trump took those moves as signs that “China wants to make a big and very comprehensive deal.”

But they only start to bring Beijing and Washington back to their pre-trade-war status quo, experts said, and do little to resolve core U.S. demands for structural changes in China, to end policies that subsidize large state-owned enterprises and effectively force the transfer of U.S. technology to Chinese firms.

“I think these are goodwill gestures, but they don’t go beyond offers that were on the table before Trump launched his trade war,” said Gary Hufbauer, a senior fellow and trade expert at the Peterson Institute for International Economics.

“Much more will have to be offered by China to reach an interim agreement in March 2019,” Hufbauer said, adding that structural changes would be far harder to agree on, much less achieve, by then.

Trump and Xi also agreed on Dec. 1 to start new talks, while the United States delayed a planned Jan. 1 tariff increase until March 2.

A spokeswoman for U.S. Trade Representative Robert Lighthizer, who is leading talks from the U.S. side, didn’t respond to queries about the significance of China’s trade steps.

While no schedule for face-to-face talks between U.S. and Chinese officials has been announced since Trump and Xi met, a person familiar with the discussions said meetings would likely take place in early January and that the two sides were in frequent contact.

No ‘Tremendous’ Purchases Yet

The first signal that China had resumed purchases of U.S. soybeans came in a Reuters interview last week with Trump, who said Beijing was buying “tremendous” amounts of soybeans. China had stopped importing the oilseed from the United States in July, when the two countries unleashed new tariffs on each other’s goods.

But the initial purchases of 1.5 million tons disappointed traders and were only a fraction of the 30 million to 35 million tons that China buys from U.S. farmers in a typical year, with 2017 purchases at $12 billion.

“We’re glad to have it, and we hope there is more,” a person familiar with the U.S. negotiating strategy said of China’s initial soybean purchases. “Remember, even with the tariffs, the expectations were still for $7 billion worth of soybeans going to China. And we haven’t seen that.”

The concession that most captivated Trump was China’s suspension of a punitive 25 percent tariff on U.S.-built vehicles, rolling back its tariff rate to the 15 percent global rate it put in place in May.

Derek Scissors, a China scholar at the American Enterprise Institute, a business-oriented think tank in Washington, said the move was a “reasonable trade step,” but was taken years too late. He added China wouldn’t likely increase imports from the United States because of a slowing market and excess domestic production capacity.

“Trump is right to say it’s a positive move, but in a year, he’s going to be angry because auto exports to China aren’t going to have budged,” Scissors added.

But U.S.-China trade watchers expressed the most skepticism about that move, since state control of China’s economy has increased and few see China agreeing to abandon its ambitions of developing national champions in future industries.

One of the people familiar with the talks said Lighthizer would insist on commitments and evidence that China is changing laws on competition policy, joint ventures, intellectual-property rights, and market access—and enforcing those changes.