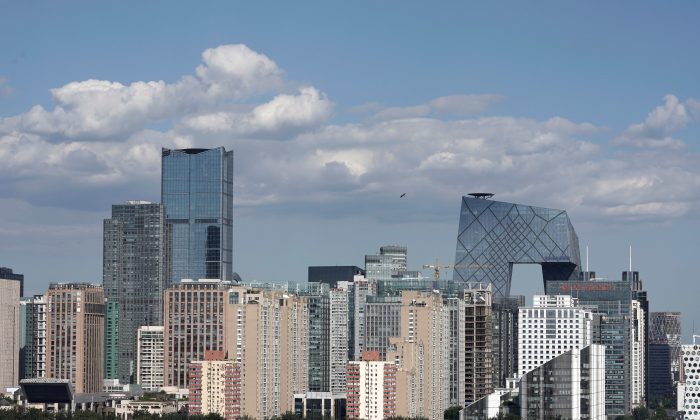 China to Step Up Support to Stabilize Economy, Trade War Takes a Toll

BEIJING—China should prepare “more powerful” policy measures, possibly including a large-scale stimulus package, to prevent its economy from stalling as trade frictions with the United States persist, a state-backed tabloid said in a commentary on Oct. 11.

The trade war with the United States seems to have jolted Beijing into recognizing that it must come to terms with the repercussions of a slower economic growth rate.

Over the weekend, the People’s Bank of China (PBOC) announced its fourth cut in banks’ reserve requirement ratios (RRRs) this year to further ease credit conditions and support businesses, including exporters hit by China’s intensifying trade war with the United States.

Economists predicted more RRR cuts ahead, though China has repeatedly said it will not resort to massive stimulus, concerned about introducing excessive leverage into the financial system.

“Depending on the economic situation, it [China] should prepare more powerful monetary and fiscal policy tools, possibly including a large-scale stimulus package,” the commentary in Global Times said.

“Compared with the RRR level of 9.5 percent in 2007, there is still room for further reduction in the current ratios of 14.5 percent for large financial institutions and 12.5 percent for small and medium-sized lenders.”

The Global Times, in a similar commentary on Oct. 8, said China must take strong stimulus steps to support growth, with the country in a “critical” period of stabilizing its economy.

The views in the newspaper, which is run by the ruling Communist Party’s official People’s Daily, do not necessarily reflect Chinese government policy.

“Lowering the RRR is good, but it doesn’t cure all illnesses,” Financial News, a newspaper run by the central bank, said in an editorial on Oct. 11.

After all, RRR cuts are meant to “guide” liquidity to targeted recipients and are less about directly producing an effect, according to the editorial.

RRRs are still relatively high, and some economists say there is room for more cuts.

China can realize its growth target set at the start of the year, Yi said.

In PBOC’s RRR cut announcement on Oct. 7, the central bank said it would continue to take the necessary measures to stabilize market expectations while keeping monetary policy prudent and neutral.

Deeper monetary easing could pile more pressure on the Chinese yuan which has lost more than 5 percent of its value against the dollar this year.

The yuan is currently just a few pips away from the psychologically key 7.000 level against the U.S. currency.

The yuan’s drop has drawn concern from the U.S. Treasury Department. Treasury Secretary Steven Mnuchin, in an interview with the Financial Times this week, warned China not to engage in competitive devaluations of the yuan and noted the currency has fallen “significantly” this year.

International Monetary Fund Managing Director Christine Lagarde said on Oct. 11 that she believes China is trying to maintain growth and stability amid a trade conflict with the United States, but added that it is a “complicated” balancing act.