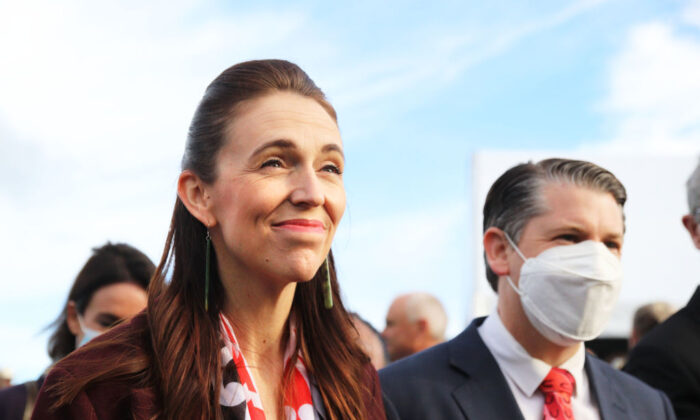 The move is part of a deal, signed in January, that aims to “upgrade” the existing FTA, resulting in tariff-free access for 99 percent of New Zealand’s $4 billion (US$2.8 billion) wood and paper trade to China.

Tariffs for products such as tissues and writing paper will be gradually eliminated over a 10-year period.

The Ministry of Finance noted that the year 2022 marked the 50th anniversary of diplomatic relations between China and NZ, and April 7 is the 14th anniversary of the signing of the China-NZ FTA.

“The implementation of the agreed tariff rates will further promote trade and investment between the two countries,” the ministry said in a statement to Reuters.

It comes amid a politically motivated trade war with New Zealand’s neighbour, Australia, over the past two years.

The trade war was declared amid worsening tensions between Australia and China after the Australian government’s call for an inquiry into the origins of the Chinese Communist Party (CCP) virus in April of 2020 angered the CCP who accused Australia of “pandering” to Washington.

It also escalated the CCP’s pre-existing frictions over the Morrison government banning of Huawei from Australia’s 5G network following concerns regarding its potential for espionage.

New Zealand Prime Minister Jacinta Ardern noted in May 2021 that differences don’t define relations between countries, but that the interests of the Chinese regime were becoming “harder to reconcile.”

“As Minister Mahuta said last month, we need to acknowledge that there are some things on which China and New Zealand do not, cannot, and will not agree,” Ardern said. “This need not derail our relationship. It is simply a reality.”

However, New Zealand China expert Anne-Marie Brady said the Ardern government has been “too subtle” in its approach to shifting its relationship with Beijing.

Brady, a political science and international relations professor from the University of Canterbury, said the NZ government has sought to pursue an independent foreign policy while readjusting its China policies as it seeks to maintain a positive relationship with the communist regime.

“The Ardern government needs to issue a new, whole-of-government China strategy, one that reflects current realities and steers the way for balancing economic versus security risks,” she said.

Recently, Ardern called the security deal between Beijing and the Solomon Islands “gravely concerning” and said the government saw the act as the potential militarization of the region.

The prime minister said the Solomon Islands had switched its relationship away from Taiwan and toward Beijing since 2019 and noted that NZ would never be able to outspend the regime.

Daniel Khmelev and Daniel Y. Teng contributed to this article.