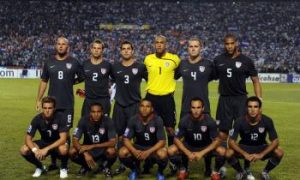 A huge new tax hike on rare earth metals may backfire after triggering rampant illegal mining and black market exports, among other problems.

The present tax regulation for rare earth minerals, under the category of “other nonferrous metal ores,” rates these minerals between 0.5 and 3 yuan (US$0.07 to 0.45) per ton or cubic meter, thus making the largest tax increase more than 100 times higher.

China has large reserves of rare earth minerals and has come to control 95 percent of the world’s production after years of under-pricing international competitors and forcing them out of business, according to previous The Epoch Times reports.

Rare earth metals are critical for the manufacturing of many high-tech goods including super conductors, hybrid cars, fiber-optic cable, and cell phones. In the U.S., the military also has a great need for some rare earth elements.

In August 2010, news that China would start restricting the export of rare earth metals raised alarms around the world. Six months prior China capped production levels for the metals and imposed a moratorium on all new mining licenses, the report said.

Chinese media has recently reported about these illegal mining operations in Ganzhou, Jiangxi Province. Production quotas for Ganzhou were originally set at 8,500 tons for 2010. But industry experts estimate the actual output to have been at least 30,000 tons, most of it through illegal mining and smuggled out of the country, tax-free, via the international black market.

Financial and economic columnist Zhang Jinglun said the Chinese regime’s highlighting the scarcity of rare earths is nothing but self-defeating as it encourages rampant illegal mining, development of smelting and separation technologies that cause ecological destruction and waste of resources, while high-end application development lags behind.

In the 1960s, China had about 90 percent of the world’s rare earth minerals according to Zhao Zengqi , director of Baotou Rare Earths Research Institute in Inner Mongolia. But since China started to exploit, destroy, and waste the rare earth resources the percentage has dropped significantly, Zhao said.

The Information Times reported on Oct. 18, 2010 that China has only about 30 percent of global rare earth reserves, or about 27 million tons. At the current production rate, the medium and heavy type rare earth can only last 15-20 years, and there might be a need to import them in the future, the report said.