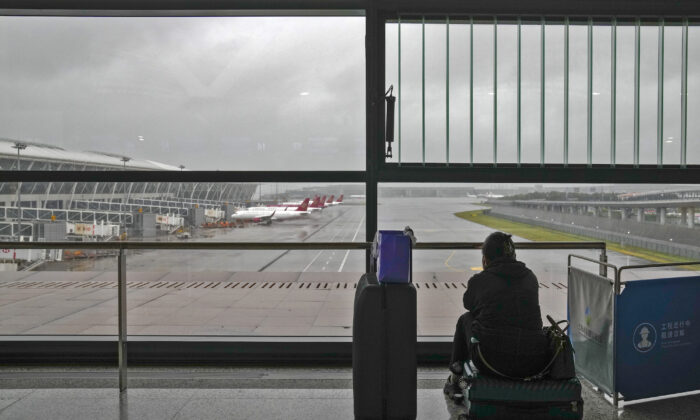 A passenger sits on her luggage watching the passenger airplanes parked on the tarmac after all flights were canceled at Pudong International Airport in Shanghai, China, on July 25, 2021. (Andy Wong/AP Photo)
China Business & Economy

China is set to keep a tight restraint on overseas flights well into 2022, according to analysts who have heard from Air China. This could spell trouble for tourism businesses around the world because Chinese travellers play an outsized role.

Now the country’s three biggest airlines have all said restrictions could last through the first half of 2022.

Analysts say Air China, China Southern, and China Eastern all said as much during earnings calls.

February’s Winter Olympics in Beijing are reportedly one factor, with the Chinese regime wanting to control COVID-19 infection.

Air China management told analysts recovery would be slower than in Europe or the United States.

One analyst told Reuters that a full recovery for Chinese air travel won’t come until 2024.

Others have been cutting their forecasts for airline earnings.