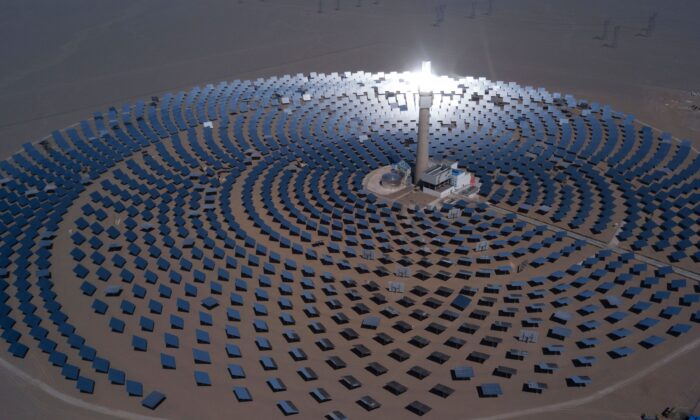 However, the national platform has failed to function effectively since its launch on July 16 due to pricing issues.

Kate Jiang, an energy investment analyst in Hong Kong, told The Epoch Times that the data so far, both in terms of volume and price, shows that this is an immature market for carbon emissions trading, and the price has no guiding value.

Because China’s carbon emissions market has just been established, the price mechanism has not yet been fully formed, and there are not enough participants. The price is not illustrative, she said.

“Still, the market is largely controlled by the regime’s administrative power and is not fully market-oriented,” Jiang added. “Many prices in China are entirely authority-directed. When the authority intervenes, there are not many participants in the market.

“If the price of carbon emissions trading in China is not a naturally occurring price, then the price has no guidance and no guiding value,” she said.

Jiang said that the authorities’ process of allocating credits to each enterprise does not seem to be transparent. “At present, the authorities have given the first batch of pilot power enterprises carbon emissions permits—some have enough, some not enough, and some may have more.”

The first batch of over 2,000 major emitters on the newly opened national carbon emissions trading market are concentrated in the power generation industries, with a total carbon emissions volume of more than 4.5 billion tons of carbon dioxide (CO2), according to the Shanghai Environment and Energy Exchange website.

But Zhang’s group also acknowledged in the latest issue of Journal of Management World that “China’s national carbon emissions market is in its initial stage … rather than a mass-based market, and it is incentively affected by carbon taxes and subsidies.”

Recently, the Chinese Communist Party (CCP) authorities opened up the Chinese financial market to major international investment banks including on Wall Street, by accelerating the approval of wholly foreign-owned public fund companies, which are allowed to raise funds overseas as well as Chinese capital to invest in China.

On Sept. 14, authorities from Guangdong Province initialized a program on its official website regarding the construction of a carbon emissions trading market in the Greater Bay Area, aiming to attract investors from Hong Kong and Macau as well as establish a cross-border trading mechanism.

Early on Sept.3, the Hainan provincial authority announced that it would promote the establishment of a Hainan international carbon emissions trading exchange.

Shanghai has also proposed to incorporate carbon finance into its construction system, with the aim of establishing Shanghai as an international carbon financial center.

The Chinese regime leader Xi Jinping stated in his speech at the General Debate of the UN General Assembly on Sept. 21, that his objective was to achieve a carbon emissions peak by 2030 and carbon neutrality by 2060. Xi made the same promise at the UN in September 2020.