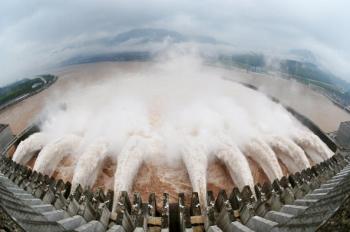 China: The Biggest Funder of Dams

A new report released by Survival International called Serious Damage has highlighted the plight of native tribes across Africa, Asia and South America who are facing complete destruction, of their habitat, as more dams are constructed to harvest hydroelectric “green energy.”

The report singles out China as the most active investor in the multi-million dollar projects, replacing World Bank which was previously the biggest sponsor.

The Chinese government has financed the majority of dams built in China, which account for about half of the global total, says the report.

The China Three Gorges Project Corporation, builder of the controversial Three Gorges Dam which displaced more than a million people from around the Yangtze River, has now been contracted to build a dam on the land of the Penan tribe in Sarawak.

In addition, China’s biggest state bank, the Industrial and Commercial Bank of China, is considering funding Gibe III in Ethiopia, which is to be Africa’s tallest dam and will destroy the livelihood of at least eight tribes, the report noted.

In China itself, the Three Gorges Dam has brought enormous destruction. Hailed as the world’s largest hydroelectric power source, it has also set other less attractive records.

The massive project sets records for number of people displaced (more than 1.2 million), number of cities and towns flooded (13 cities, 140 towns, 1,350 villages), and length of reservoir (more than 600 kilometers).

According to the Rivers International conservation group the environmental impacts of the project are profound, and are likely to get worse over time.

The submergence of hundreds of factories, mines and waste dumps, and the presence of massive industrial centers upstream are creating a festering bog of effluent, silt, industrial pollutants and rubbish in the reservoir, says Rivers International on their website.

Erosion of the reservoir and downstream riverbanks is causing landslides, and threatening one of the world’s biggest fisheries in the East China Sea.

More recently severe flooding in southern China has put in question the flood-control and other functions of the Three Gorges–China’s most ambitious, costliest, and controversial water-control project.

On July 20 the Yangtze River had the highest peak flow since its completion. Water flowed into the dam at 70,000 cubic meters per second. Nine of the dam’s discharge channels were opened to release the floodwater from upstream to downstream of the dam.

One of the dam’s functions is flood control, which was widely questioned after the flooding. At least 701 people have died and 347 are still missing in southern China, according to official reports.

Dam construction globally reached a peak during the 1970s, when large dams were being built at a rate of about a thousand a year, according to the World Commission on Dams. The numbers declined in the 1990s as more information surfaced of poorly constructed projects and dam’s devastating effects on the environment.

Now, however, the veil of caution is being lifted again and dam construction is starting to boom.

Currently the World Bank alone is pouring $US11 billion into 211 hydro-power projects worldwide—an increase of over 50 per cent from it’s 1997 figures.

The latest Serious Damage report estimates that at least 300,000 people will be pushed to economic and cultural ruin, and, in cases of some smaller Brazilian tribes, to extinction.

Dams flood large areas of land adjacent to the rivers where they are built. The flooding destroys native habitat, crops and houses on which the indigenous people depend for survival.

One Amazonian tribe, the Enawene Nawe, has learnt that Brazilian authorities plan to build 29 dams on its rivers. Across the Amazon, the territories of five uncontacted tribes will be affected, says the Survival report.

The Penan tribe in Sarawak face eviction to make way for a dam, and tribes in Ethiopia could be forced to rely on food aid if a dam being built on the famous Omo River, is not halted.

One man from the Omo Valley’s Kwegu tribe, is quoted in the report as saying: “Our land has become bad. They closed the water off tight and now we know hunger. Open the dam and let the water flow.”