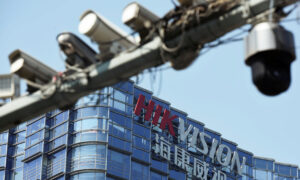 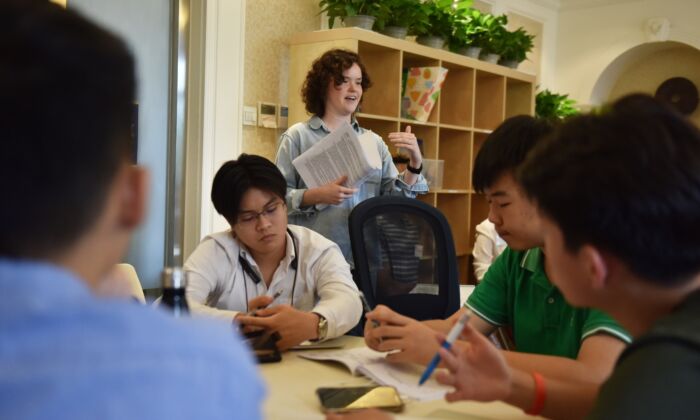 College counsellor speaks with students during a class at Elite Scholars China (ESC), a boutique college consultancy where students can receive application guidance, mentoring, and advice on the best courses for their interests and skills, in Beijing, China on July 19, 2019. (GREG BAKER/AFP via Getty Images)
China Business & Economy

China Terminates 286 Sino-Foreign College Programs, Including Those at 30 US Universities

The Chinese communist regime has terminated 286 of its Sino-foreign college programs in which Chinese students could study overseas to obtain a diploma.

The announcement was reported by Chinese state-run media on Aug. 15, two weeks before the new academic year starts in China on Sept. 1.

These programs allowed Chinese high-school and university graduates a chance to study at the foreign university for a defined period of time, usually up to two years after enrolling.

It’s unclear why the regime withdrew the programs. As of press time, the regime is still allowing hundreds of similar programs to operate.

China affairs commentators believe the move is part of Beijing’s campaign to tighten its control in the education sector.

On Aug. 11, the Beijing, Zhejiang, and Hainan governments also banned all foreign teaching materials for primary and middle school students. On Aug. 5, the Shanghai government ordered that students must learn “Xi Jinping Thought” on socialism with Chinese characteristics. On July 24, the Chinese regime launched a new policy, ordering cuts to homework and the closing of all after-school tutoring and education courses that offer classes by foreign companies.

“I estimate the regime will take more action to tighten its control on education in the following months.”

An Aug. 15 report by Chinese state-run Modern Education News explained four new measures that the Education Ministry will now use to control Sino-foreign cooperation in education.

The report said that Beijing now requires that all Sino-foreign cooperation education programs provide their information to the ministry’s Chinese-Foreign Cooperation in Running Schools Platform. The ministry will also set up a diploma verification platform, which will be the only official database of licenses and diplomas issued under the Sino-foreign education programs, and introduce a mechanism to evaluate the “quality of education” of these programs, the report said. It added that the ministry would outline administrative rules to govern the programs.