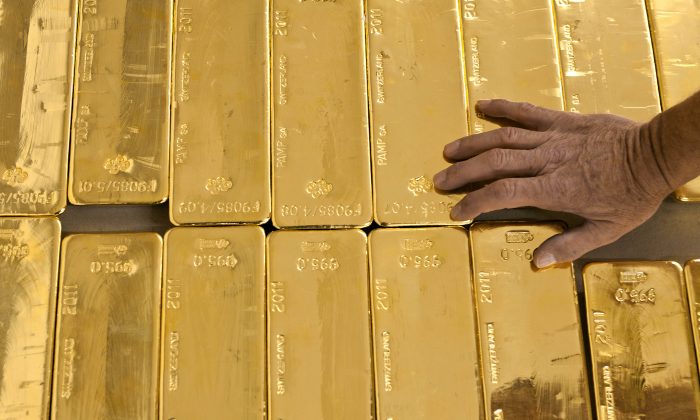 The Chinese have always been in love with gold. And this year especially China is taking several steps to rattle gold markets.

The country is currently lobbying to be including in the International Monetary Fund’s reserve currency and gold has a lot to do with that process. Estimates say China has amassed thousands of tons of gold reserves that could rival the United States in the future.

The country is also the world’s largest gold producer, and by 2013 has become the world’s biggest market for gold, according to the World Gold Council.

Now the Chinese are taking another stab at gaining control of what they view as a crucial global market. According to Reuters, China will establish a new standard gold price, a so called “fixing” for the 1 kilogram bars (32.15 troy ounces) it trades on the Shanghai Futures Exchange.

Both Chinese and Western banks have been involved in this process, which has not yet been publicized, but it is a logical step in China’s quest to gain more influence. In order to facilitate the clearing of the contracts, China has opened several gold vaults in Shanghai in recent years.

According to the Reuter’s sources, China is dissatisfied with the way the current gold price fixing works. At this moment, there are two fixings of the price of gold at 10:30 a.m. and 3 p.m. in London, conducted by member banks of the London Bullion Market Association (LBMA).

They set a price, which settles delivery contracts among themselves through a secret conference call. This price then acts as a signal for pretty much all gold contracts throughout the world. The current participants of the fixing are Barclays, HSBC, Scotia-Mocatta, and Societe Generale.

The LBMA fixing has recently come under suspicion it might be manipulated, similar to the secret fixing of the LIBOR interest rate, which may be one reason China wants to establish a more transparent process where the Shanghai Gold Exchange acts as the intermediary, instead of member banks.