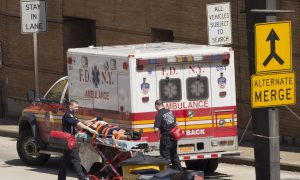 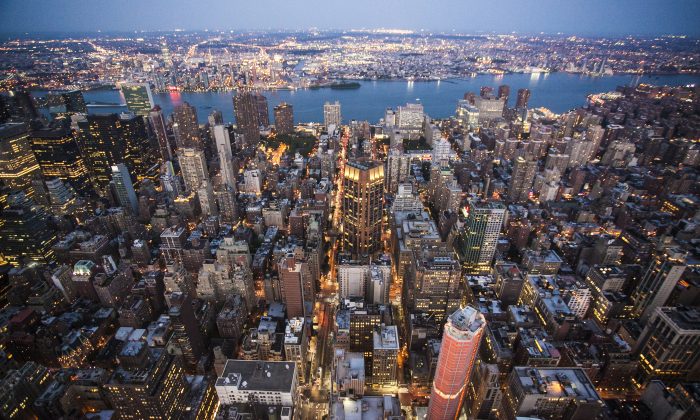 NEW YORK—Mainland Chinese investment in New York City real estate is unlikely to slow down despite concerns over China’s turbulent economic and political situation, according to industry experts who work with Chinese buyers.

Interest in luxury tower apartments, as well as larger commercial real estate opportunities, is likely to even increase as China’s millionaires seek safe investments and higher returns in the United States.

On an institutional level, the large Chinese funds are now competing with the largest US funds in the U.S. commercial real estate market.

On an institutional level, the large Chinese funds are now competing with the largest U.S. funds in the U.S. commercial real estate market, he said.

While these quasi-Chinese state corporations pour billions of dollars into New York City commercial and residential real estate investments—more than $3 billion last year—much of this investment is now taking place with the blessing of China’s leaders, which over the last six months have encouraged Chinese firms to seek higher returns in overseas investments, according to Mermelstein. “The government of China now is very pro foreign investment,” he said.

“They’re [the Chinese are] looking overseas to get the types of returns that they are used to over the last several years,” he said. “That’s also one of the reasons that has driven the government being okay for the institutional players to invest funds outside of China.”

The $1.95 billion purchase of the prestigious Waldorf Astoria hotel by Chinese insurance company Anbang last year met with criticism or a warning in China’s state-controlled media Xinhua, which called the company “headstrong with money” for its spate of radical overseas investments and growth.

The Way of the Russians

While the Chinese stock market crash may encourage Chinese corporations to seek higher returns in New York, Mermelstein suggested the highest end of the city’s residential market may slow, or even trend downward, similar to what has happened with Russian buyers.

The high-end Russian market driven by high net-wealth individuals has leveled off, while the middle-level market of $5 million to $10 million apartments has continued, Mermelstein said.

The trending down on the high-end purchases could be related to Russia frowning upon large investments in the United States in the current sensitive political climate, according to a statement by James Paine, a founding partner at West Realty Advisors in San Diego, published by NuWire Investor.

The middle-level investments in U.S. real estate could signal a move by Russian investors that they are trying to secure their cash before Moscow makes any drastic moves, Paine wrote.

Russian purchases at the very high end of the market have leveled off, and in certain cases started trending downward, Mermelstein said. Now a lot of the Russian market has picked up in a similar fashion to what the Chinese are doing with investments in New York–with institutional players.

“Typically, when the stock market crashes, the high-end residential is not necessarily something that continues to move forward,” he said.

“With that being said, we’re not expecting that $50 million or $60 million apartments in New York are going to continue to be purchased by the Chinese purchasers,” said Mermelstein, adding that apartment sales at the level of $5 million to $10 million will likely continue.

In a recent Real Estate Board of New York (REBNY) confidence survey, around 10 percent of brokers who completed the survey expressed concerns that Chinese investment may slow over the next six months, and sales may also be affected by the Greece financial crisis. The survey was compiled before China’s stock market bubble burst, and after several slow months of Chinese investment earlier this year.

Nikki Field, Sotheby’s International Realty’s East Side office’s second-highest ranking broker, said as the Chinese stock market was skyrocketing in February, March, and April, “Many of my clients that had designated potential purchases—in fact they had identified them, we were in negotiations—would notify me, ‘We’re putting that on hold, the stock market investment is a much stronger return right now, and we really want to pump some more money in there.'”

“Very shortly afterward the funds continued to come,” she said. “So maybe some of the REBNY participants were talking about that time period, because we did see a number of deals fall apart, and a number of interested parties step away. I’ve seen almost every one of them come back.”

New disclosure rules for foreign shell companies investing in New York City real estate that were introduced in May require the names of all the members of a shell company to be released to the city. The legislation was intended to help identify property owners who avoid paying taxes. It was introduced after a New York Times investigation into the owners of apartments in the Time Warner Center building found that a number of foreign owners were under investigation for crimes in their home countries. According to PropertyShark, quoted by Paine, 54 percent of all New York real estate that was sold for over $5 million in 2014 was sold to shell companies.

“These New York City disclosure requirements should not be confused with beneficial ownership transparency of shell companies, which would shed a light on true owners and beneficiaries of vehicles used to enable corrupt transactions,” said Claudia Dumas, president and CEO of Transparency International USA, in a statement.

Field said the new disclosure rules are for people that for personal reasons hide their money, not for the buyers who want to use their legal assets to purchase in the United States.

We know where the money is coming from.
— Nikki Field, broker, Sotheby's International Realty

She said her Chinese clients do want to purchase using a limited liability company (LLC) to give them confidentially. “But according to discussions that I’ve had with many attorneys representing them, they are very comfortable disclosing whatever’s needed by New York City laws or federal laws,” she said. “It’s a matter of not having information about their purchases, the amount of money they’re spending, open for public review.”

“We’re tracking the first two quarters of 2015, and our international business that has been signed, not closing, but been signed for this year, is now 62 percent of our sales, and of that 62 percent, 78 percent of it is Asian,” she said.

“So we know where the money is coming from. We know where the appetite is growing, and we know from our conversations and the amount of interest this [Chinese investment in N.Y.] has generated that it has not slowed down.”