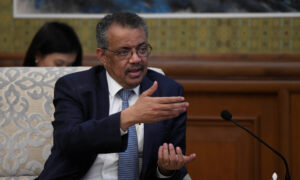 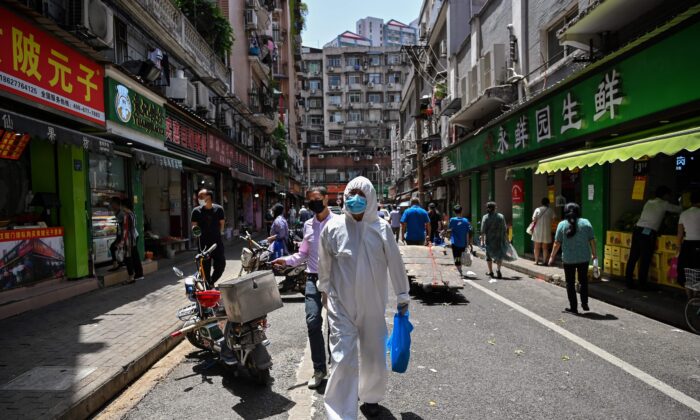 Since the CCP virus first emerged from Wuhan city in late 2019, the Chinese regime has been reluctant to share information about its research on the origin of the virus, or allow outside investigators to conduct their probes.

The Epoch Times obtained leaked documents that show the Chinese regime sought to investigate the source of the virus via testing animal and human biological samples.

Said investigation and its results have not been previously disclosed to the international community.

This comes to light as the Chinese regime faces criticism for its lack of transparency and delaying the arrival of international experts into China to investigate the virus’s origins.

China’s National Health Commission issued a notice on Feb. 25, 2020, to the health commissions of all Chinese provinces, regions, and municipalities, as well as the Xinjiang Production and Construction Corps, a CCP-run paramilitary organization with jurisdiction over some cities and land in far-western Xinjiang.

The notice called for cooperation in virus tracing by testing wild animals, the humans who came into contact with them, and the animals’ environment or habitat.

The notice was labeled “not to be disclosed.”

In another document, dated Feb. 26, 2020, the Hebei Province Health Commission forwarded the notice from the National Health Commission to the health departments of all cities within its jurisdiction, as well as the Hebei CDC, and gave instructions on how to execute the national authority’s directive.

The Hebei Health Commission put local health departments and police bureaus in charge of collecting the samples from human contacts. Sample collection and testing of wild animals and their environment were delegated to local forestry and agriculture departments.

A third document shows that Shijiazhuang, the capital of Hebei Province, forwarded the instructions to the city’s county health departments as well as the city’s CDC on Feb. 29, 2020, telling them to execute the provincial directive.

The Epoch Times previously reviewed a leaked document from China’s national CDC that contained detailed testing data of samples taken from the Huanan Seafood Wholesale Market, a live animal and seafood market in Wuhan, where authorities initially suspected the outbreak began. The CDC also took samples from farms that supplied the animals sold at the market.

In the internal investigative report dated Jan. 22, 2020, the National Institute for Viral Disease Control and Prevention at China’s CDC reported that 33 of the 585 samples taken from items and floor surfaces in the seafood market tested positive for the CCP virus.

The report stated that 31 of the 33 samples that tested positive were from the western section of the market, which was found to have wild animal trading.

A total of 139 samples were taken from bamboo rats, porcupines, turkeys, rabbits, and other animals at the breeding farms, as well as the farm environment, which all tested negative through nucleic acid testing, according to the report.

China’s CDC previously announced on Jan. 26 last year that it had picked up animal samples from the Huanan market between Jan. 1 and Jan. 12 for an investigation, but never announced the test results. The CDC didn’t mention the animal testing in the internal report.

Lack of Transparency From CCP

Though most experts say the virus is likely to have originated in animals, it’s still unclear how and when exactly the virus jumped to humans.

Since the start of the COVID-19 pandemic in late 2019, China has been withholding information on the virus from the international scientific community.

Chen Wen, minister of the Chinese embassy in the UK, told the BBC in April 2020 that demands for an independent international investigation into the origin of the virus were “politically motivated” and claimed that a probe would divert attention and resources from dealing with the pandemic.

While blocking outside investigations, the regime also required that any research on the virus conducted by Chinese scientific professionals must receive approval from a government task force before publication, according to a leaked March 2020 notice obtained by The Associated Press.

China has also pushed conspiracy theories about the origin of the virus, alleging that it came from outside of China.

Last March, Zhao Lijian, a spokesman of China’s foreign ministry, first suggested on Twitter that the virus was introduced by the U.S. Army into Wuhan. Throughout 2020, Chinese state media blamed imported frozen food packaging as the cause of local outbreaks.

In January 2021, the Chinese regime finally agreed to allow a team of experts from the World Health Organization (WHO) into the country to investigate the virus origins.

The team of experts arrived in Wuhan on Jan. 14, more than a year after the initial outbreak in the city.

On the first day of an annual meeting of the WHO Executive Board on Jan. 18, the head of the U.S. delegation to the WHO, Garrett Grigsby, urged China to share data from studies it had conducted on the virus.

Grigsby pointed out that it had been eight months since WHO member states adopted Resolution WHA73.1, which called for continued investigations into “the zoonotic source of the virus and the route of introduction to the human population.” The resolution also stated that it was crucial that Chinese authorities give the team of WHO experts access to all analysis of animal, human, and environment samples taken in Wuhan as well as “caregivers, former patients, and lab workers for interviews.”

Asked about the internal documents about China’s investigation, the WHO said in an email: “We will provide more info on the work of the team once we have it.”