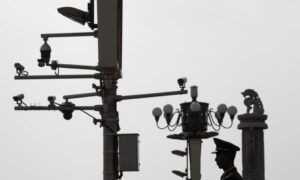 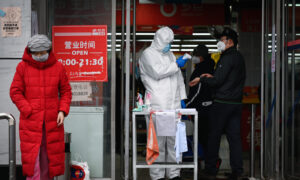 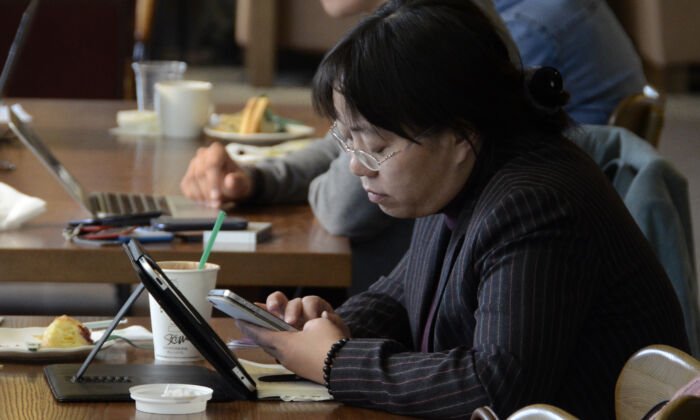 A woman reads her phone and tablet at a cafe in Beijing, on November 2, 2012. (WANG ZHAO/AFP via Getty Images)
Chinese Regime

In the past month, the Chinese regime has banned scores of social media accounts and platforms, shutting down more than 100,000 online video-streaming accounts.

Some believe that it will become increasingly difficult for “self-media”—independently-operated social media accounts in China—to survive.

According to China’s chief censorship agency, the Cyberspace Administration of China (CAC), it has shut down 338 live-streaming platforms, 74,000 live-streaming virtual rooms, and 105,000 live-streaming accounts since late August. Among the 105,000 banned accounts, 13,600 were the accounts of online eating shows known as “mukbang,” where people broadcast themselves eating large amounts of food.

In August, amid concerns of a nationwide food shortage, the Chinese regime launched an initiative against food waste.

The “mukbang” accounts make up a small percentage of this latest internet purge campaign. The targets also included commercial internet platforms, self-media, and social media. At the end of August, the CAC convened a meeting with government officials and internet company executives to “convey” this purge campaign.

A person who participated in the CAC’s meeting revealed in online chat rooms: “the future of the self-media will become grimmer. According to regulations, almost nothing is allowed to be posted, official media news is not allowed to be reposted, reports of sudden incidents are not allowed, the release of negative real estate information is not allowed, even the price trend forecast is not allowed. In the end, nothing can be published.”

The latest crackdown on internet speech drew backlash from netizens.

Cheng Yizhong, founder and former editor-in-chief of state-run media outlets Southern Metropolis Daily and Beijing News, said on social media that he believed the Chinese government has never loosened control of the media and there would be no future for “self-media” in China.