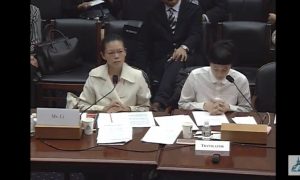 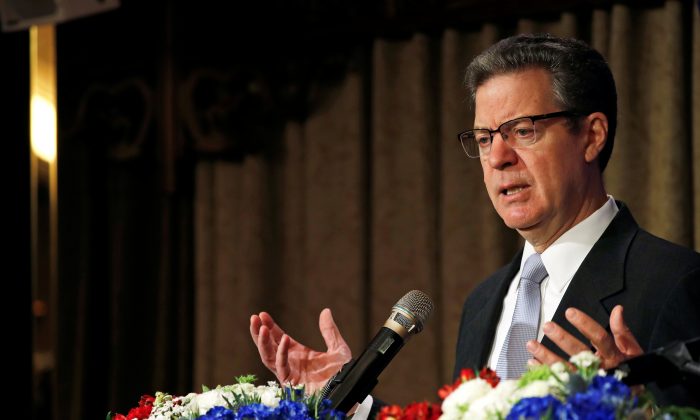 TAIPEI—The U.S. ambassador for religious freedom on March 12 called for the release of a Taiwan activist jailed in China, saying the case was highly concerning to the U.S. government.

Sam Brownback said activist Li Ming-che, a community college lecturer and an activist at a human rights non-governmental organization in Taiwan, should be reunited with his wife.

“We call on the government of China to release him back to her and Taiwan,” Brownback said, referring to the activist’s wife, Li Ching-yu, who warned the international community to pay attention to China’s human rights record.

“Taiwan’s not alone. The world is also facing China’s threats on human rights,” she said.

Li Ming-che, who disappeared while visiting China in 2017, was found guilty of subversion that year in a trial that his wife denounced as illegitimate.

He admitted during his trial to having criticized China’s ruling Communist Party and to having shared articles and arguments promoting Taiwan’s multi-party democracy.

Speaking in Beijing, Chinese Foreign Ministry spokesman Lu Kang reiterated China’s opposition to any official exchanges between “the Taiwan region of China” and the United States.

Li’s case is an internal matter for China and the two sides of the Taiwan strait, he added.

“Others have no right to meddle,” Lu said, speaking at a daily news briefing.

Beijing claims self-ruled Taiwan as its own and has vowed to bring the island under Chinese control, by force if necessary.

Brownback’s visit to Taipei has been viewed by some in Taiwan as a sign of support from U.S. President Donald Trump’s administration amid growing friction between Taipei and Beijing.

On Monday, Brownback again urged China to give its people religious freedom, a reform he said could help gain trust from self-ruled Taiwan.

Taiwan authorities are in talks on a possible stopover in U.S. territory as part of a visit by President Tsai Ing-wen to Palau, Nauru and the Marshall Islands next week, a government official said on Tuesday, a stop that would likely anger Beijing.