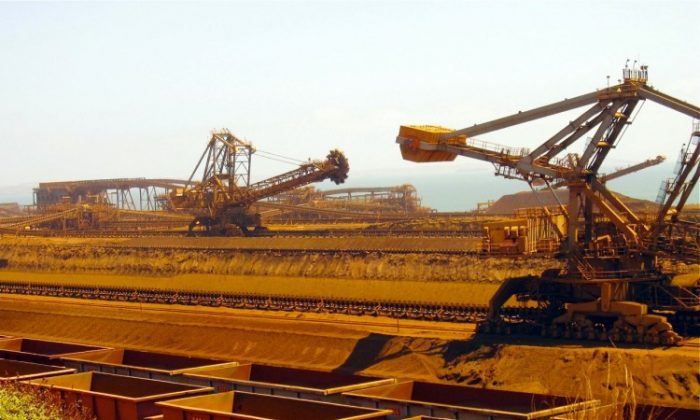 An unnamed former Australian senator has declared that China’s mining companies are “shocked” by the lack of bribery in the Australian mining industry.

According to a series of emails published by Wikileaks on Feb. 27, the former Australian senator—dubbed “source CN65″—describes China’s mining sector as deeply corrupt.

The emails were an exchange between the senator and Stratfor—an international intelligence analysis company. Stratfor provides daily intelligence, security, and financial briefings to clients, including the Australian Defense Force.

The Senator stated, “Where foreign companies do get access to tenements, they always seem to lose out because the mining sector in China is one of the most corrupt sectors of all.”

The former senator then went on to state: “They simply cannot get it in their heads that the rule of law applies to mining projects in Australia. They refuse to believe that they have a right to receive a mining lease subject only to complying with relevant environmental permitting conditions. They think you have no credibility unless you tell them that you need to bribe someone.”

Bribery, or “guanxi” as it is known in China, is a common problem. In 2010, four officials of an Australian-based mining company Rio Tinto were arrested in China and reportedly admitted taking bribes of over $10 million.

The leaked information was part of a Wikileaks release of The Global Intelligence Files. Over five million emails from the Texas headquartered Stratfor were made public. The emails date between July 2004 and late December 2011.