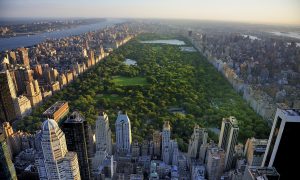 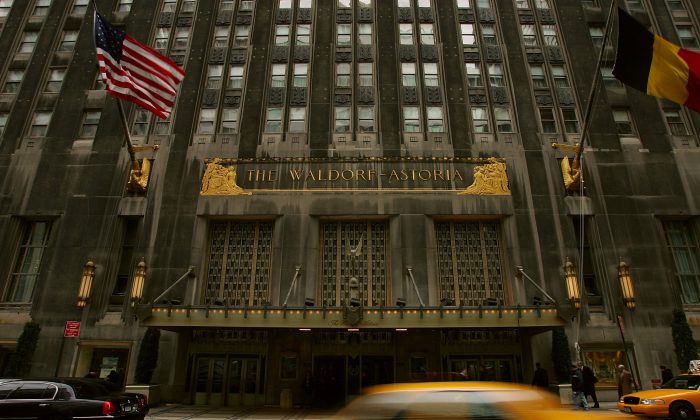 The flow of outbound investment from China to the rest of the world soared in 2015. With rising economic problems at home, Chinese companies now prefer assets in developed markets like the United States.

Chinese investments in the United States reached a new record level of $15.7 billion in 2015, up 30 percent from last year, according to Rhodium Group. Mergers and acquisitions (M&A) activity was particularly strong with 103 deals worth $14 billion. Greenfield projects, where companies start building their operations from scratch, also reached an all-time high of $1.8 billion in 2015.

New York and California were the most popular states, attracting more than half of the funds during that period.

The industry composition of Chinese foreign direct investment in the United States was more diverse in 2015 compared to previous years. Investments by Chinese companies spread across a wide range of sectors including real estate, financial services, information and communications technology, automotive, health and biotech, energy, and entertainment.

With the stock market crash in China that began in June 2015, Chinese are investing even more in U.S. real estate, which is considered a safe haven. The real estate and hospitality industries attracted 39 deals, accounting for 33 percent of the total sum.

Investors have also been motivated by the shift in the Chinese regime’s policy to promote outbound investments. Regulations prohibited Chinese insurers from buying foreign property in the past. However, they can now invest up to 15 percent of their total assets in offshore holdings including real estate.

Investor Caught Up in Beijing Probe

Guo, who calls himself a student of Warren Buffett, has been aggressively buying New York office buildings as well as companies in Europe and North America, including Club Med and Cirque du Soleil.

He is one of the Chinese tycoons being investigated in the anti-corruption campaign of Chinese Communist Party (CCP) leader Xi Jinping. He disappeared for few days in December 2015 and then reappeared after assisting authorities, according to media reports. He was suspected of enjoying intricate ties with the family and key aides of former CCP leader Jiang Zemin.

Spike in Chinese Bids in Semiconductors

The information and telecommunications technology (ICT) sector has also remained a major attraction for Chinese companies in 2015. In ICT, 26 transactions were completed, totaling $1.3 billion in deal value.

Another surprising development was the return of Chinese investments in upstream oil and gas after hitting a five-year low in 2014. Chinese real estate developer Yantai Xinchao announced it acquired oil fields in west Texas for $1.3 billion.

Chinese state-owned enterprises (SOE) also have a considerable share in the investment flows. The SOEs invested $2.6 billion in the United States, accounting for 17 percent of the deal flow in 2015.

The rising interest of Chinese investors in the United States for the last five years has increased the number of reviews by the Treasury for national security threats.

The Committee on Foreign Investment in the United States (CFIUS), which reviews foreign acquisitions for national security threats, has recently released its 2014 annual report. For the third year in a row, the report puts China in the top spot for covered transactions (transactions that result or could result in control of a U.S. business by a foreign person).

A sharp uptick in Chinese deal-making activity in the United States and a shift of that interest toward technology has increased CFIUS reviews, according to Rhodium Group.

With more than $22 billion worth of pending acquisitions by Chinese investors in the United States, the deal pipeline was at an all-time high at the beginning of 2016.

However, the political and economic environment in China could weigh on China’s global deal making in 2016, according to Rhodium Group.

The volatility in China’s markets and continued downward pressure on the currency have forced Chinese officials to further tighten capital controls to stop the massive capital outflow. Going forward, these measures can impact the ability of Chinese companies to conduct outbound foreign direct investments.

Furthermore, China’s anti-corruption crackdown on private companies can impact their appetite for deals in the United States and elsewhere.