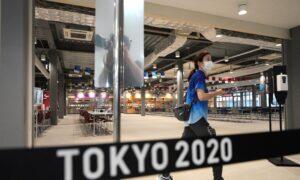 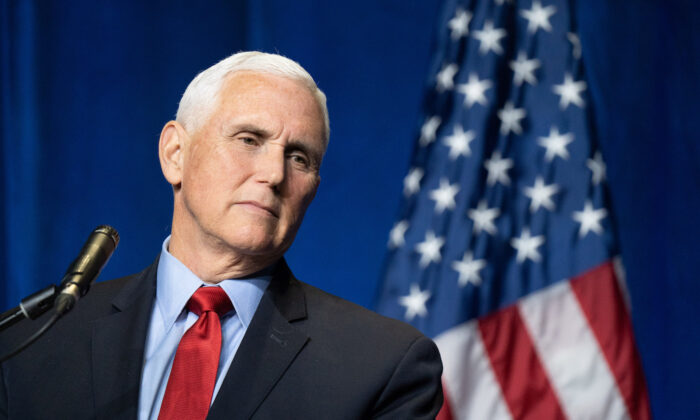 Former Vice President Mike Pence in a foreign policy speech on Wednesday called on the Biden administration to toughen its stance on China, saying that the Chinese Communist Party (CCP) “senses weakness in the new administration.”

Speaking at the Heritage Foundation headquarters in Washington, D.C., Pence urged that President Joe Biden delist Chinese firms that fail meet U.S. accounting standards, end all public and private funding of scientific research in China, and demand transparency from Beijing on the origins of the CCP virus, among other actions to address China’s abuses of the international rules-based order.

Millions of Americans are “awake to the fact that the Chinese Communist Party aspires not merely to join the community of economically developed nations, but to sit atop a new global order created in its own image,” the former vice president said. “A world in which freedom is constrained, but Beijing’s power is not.”

Biden must take a harder line amid “the emerging cold war with China,” Pence said of the threat posed by the CCP.

“Our elected leaders must build on the progress of the Trump-Pence administration, and use the economic and military power of the United States to check the ambitions of the Chinese Communist Party in ways that put the American people and American values first,” he continued. “Only a proud, confident and united America can meet the challenge of China.”

His remarks come as the theory that the virus was the result of a leak from the Wuhan Institute of Virology (WIV) has gained wider coverage as a likely possibility in the legacy media as a growing number of scientists and officials discuss the evidence supporting the hypothesis.

President Joe Biden on May 26 ordered the intelligence community to produce a report in 90 days on the origins of the virus, saying that intelligence agencies are looking at different theories, including the possibility of a laboratory accident in China.

Among other demands, Pence called on the Biden administration to ban Beijing-backed Confucius Institutes on American college campuses, and to demand that the 2022 Olympics be moved from Beijing unless the CCP “comes clean on the coronavirus” and ends its persecution of Uyghurs.

The former vice president’s remarks come just weeks after a survey conducted by the U.S.-based Pew Research Center found that negative views of China among the world’s most advanced economies hover at near-record highs amid concerns about Beijing’s human rights record.

A Pew report released on June 30 detailing the results of the survey of 17 advanced economies in Europe, North America, and the Asia-Pacific region shows that a large majority—eight in 10 respondents—hold unfavorable views of the Chinese regime and believe it “does not respect the personal freedoms of its people.”

Beijing is facing increasing scrutiny over its human rights abuses, including its suppression of religious and ethnic minorities and the implementation of its draconian national security law in Hong Kong in July 2020, which has criminalized any speech or political action seen as against the ruling regime as acts of subversion and secession with a maximum penalty of life imprisonment.

In China’s northwestern region of Xinjiang, authorities have been accused of committing genocide against Uyghurs and other ethnic minorities, including the detention of at least 1 million people in secretive “political reeducation” camps.

“Now more than ever, our leaders must get serious about the immediate and deadly threat posed by the Chinese Communist Party,” James Carafano, Heritage vice president for national security and foreign policy, said in a statement following Pence’s speech.

“Vice President Pence not only clearly articulated the threat we face, but numerous concrete policy steps the Biden administration and Congress can, and should, take in defense of American interests and values,” he said.

“We cannot afford to go back to ‘business as usual’ on China. It’s time to continue what the Trump administration started and secure our future against the Chinese Communist Party’s global advances.”