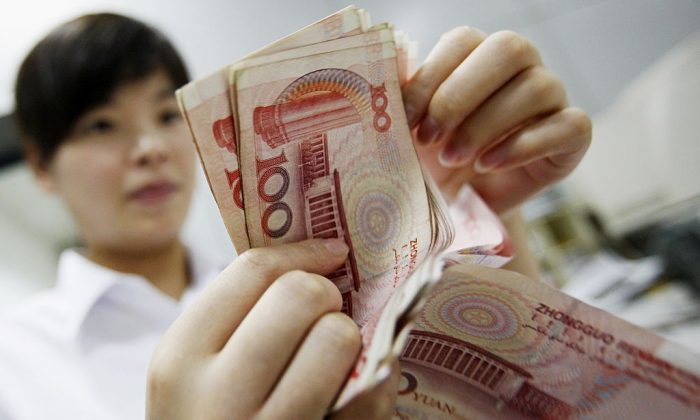 Capital outflows from China in the first quarter were the largest on record, a new report (pdf) from the Institute of International Finance (IIF) found.

According to data compiled by the IIF, foreign investors sold Chinese equities and bonds, with local currency bonds representing a majority of the outflows.

The world’s second-largest economy witnessed inflows, but outflows accelerated in February and March, making the first three months of 2022 the worst on record.

A part of the reason for the sharp turn negative was Russia engaging in reserve sales, although it wasn’t a driving force, the IIF noted.

“We think a combination of COVID lockdowns, depreciation, and perceived risk of investing in countries whose relationships with the West are complicated explain capital outflows from China,” the report notes.

What the organization found interesting was that foreign investors had accumulated hefty positions in Chinese assets throughout the COVID-19 public health crisis. However, since peaking in the third quarter of 2020, total inflows have been on a steady decline.

Over the past couple of years, net inflows into China had ballooned, with international investors scooping up Chinese bonds.

Many advanced economies had slashed interest rates, offering minuscule yields on their debts. The rate spread on 10-year government debt from the United States and China had widened, prompting central banks and institutional investors to go on a buying spree.

Today, the bond market has tilted in favor of the United States. The Chinese 10-year bond yield is roughly 2.8 percent, while the 10-year Treasury is close to 3 percent.

But the IIF doesn’t anticipate that the newest trends will significantly impact Beijing’s external funding moving forward. Instead, it might signal the market’s consternation over geopolitics.

“China’s trade surplus surpassed $200 [billion] in Q1 on a seasonally adjusted basis and will remain high as slowing growth weighs on imports,” the group said. “In this context, strong nonresident capital flows are not an imperative for external stability. We take outflows from China as a sign that investors are growing more cautious about geopolitics, a development that may favor flows to EMs with uncomplicated relationships with the G7.”

The Chinese yuan has also come under pressure in 2022, sliding nearly 4 percent year-to-date against the U.S. dollar.

The last time China endured a comparable capital exodus was from 2015 to 2017, which was halted by the regime’s intense capital controls and the release of foreign exchange reserves.

Of course, a lot has changed since that span, from global trade wars to military conflict to the pandemic.

Beijing’s COVID-zero strategy is also weighing on investment opportunities and the broader economy. In March and April, China shut down large swaths of the country, including the economic hub of Shanghai. The lockdowns forced factories and plants to temporarily close their doors, exacerbating the global supply chain crisis. Companies are now rushing to catch up on orders, leading to fresh shockwaves.

Meanwhile, some market experts think investors may be more cautious about parking their money in countries with authoritarian governments, especially in the fallout of the Ukraine–Russia war.

“Putin’s invasion of Ukraine has taught global investors a difficult lesson about the consequences of investing in an authoritarian country,” Kyle Bass, founder and chief investment officer of Hayman Capital Management, told The Epoch Times in an email.

The Chinese regime’s long-standing capital controls have recently been tightened and updated. According to Bass, Chinese leader Xi Jinping has significantly strengthened his ability to nationalize foreign investment and assets with the country’s newest “Counter Foreign Sanctions Law” and “Foreign Investment Law.”

“These new laws use words like ‘special circumstances’ and ‘discriminatory.’ What foreign investors are beginning to understand is the fact that their investments are already trapped in China. Investment will only be allowed to exit China at the pleasure of Xi Jinping himself,” Bass said.

The Chinese regime doesn’t believe this is a permanent direction for capital flows, arguing that “it is normal under the complex international economic and financial situation.

“Short-term fluctuations in cross-border securities investments do not mean a reversal of the long-term trend of foreign investment into China’s capital market,” the State Administration of Foreign Exchange (SAFE) said in a statement.

“Affected by recent changes in the external environment, fluctuations of foreign investments in domestic stocks and bonds have increased.”

Last month, Xi pledged a healthy capital market that would avert financial risks and grapple with potential problems that might emanate from nonperforming assets.

“Capital is an important force to promote social productive forces, and it has a profit-seeking nature,” Xi said following a Politburo meeting.

State media also confirmed that the Chinese Communist Party (CCP) would unveil a series of measures to support industries and small businesses devastated by the recent outbreaks and public health restrictions. The People’s Bank of China (PBoC) recently slashed the reserve requirement ratio, the amount of cash that banks are mandated to hold.

Despite China’s first-quarter GDP growth rate exceeding expectations—4.8 percent—market analysts are sounding the alarm that recession risks are growing by the day, driven by the communist regime’s goal to eradicate COVID-19.