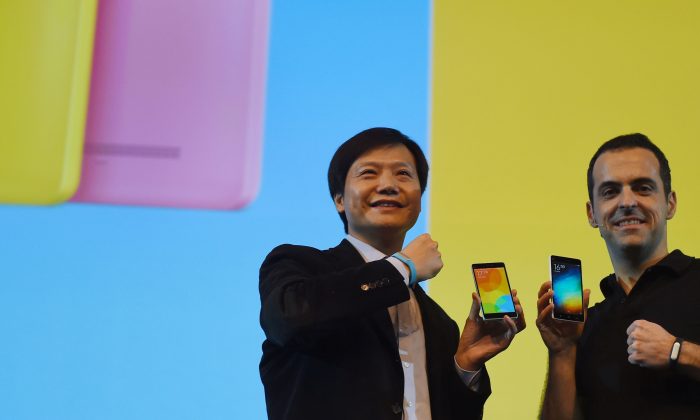 If you’re looking to pick up a phone or laptop made by a Chinese company, be sure to read the fine print in the terms of service. You may be putting yourself at the mercy of Chinese law.

The policies may give a glimpse of what’s to come, as the Chinese regime has passed new laws requiring it to enforce its brand of “national security” abroad.

If you’re using a Xiaomi smartphone, for example, it’s likely you’ve unwittingly agreed “to bear all the risks and take full legal liability” to not engage in activities the Chinese regime has banned.

According to the fine print, you’ve actually limited yourself quite a bit.

First and foremost, it bans you from opposing the principles of the Constitution of the People’s Republic of China. You’re also not allowed to leak state secrets or subvert the government.

If you believe in a free Tibet, an independent Taiwan, or a democratic Hong Kong, you’re violating Xiaomi’s user agreement, since it forbids you from “undermining national unity.”

Also be careful if you’re spiritual or believe in religion.

The agreement says you have to follow the Chinese regime’s rules on suppression of religion, and you can no longer undermine its “national religious policy.”

If you write about Tibetan Buddhism or House Christians, you may violate its rules on what the Chinese regime calls “cults.” You also can’t write about any beliefs it calls “superstitions.”

When it comes to news and politics, the agreement forbids you from “spreading rumors.” When discussing news, that usually means you’re not allowed to say things that don’t align with the state-approved lines of the Chinese regime’s official mouthpiece news outlets.

There are a few differences in each. With Decathlon, for example, you’re not allowed to spread anything that could “damage the reputation of government organizations.”

The text in the agreements has actually been there for some time. According to archives of the Xiaomi website, the parts banning discussion on “cults” and “superstition” and the requirements to abide by the Chinese regime’s constitution were added in October 2014.

What’s concerning, however, is what these existing standards mean for new binding laws on foreign technology companies that do business in China, and new laws for exporting Chinese “national security” abroad.

German writer Christoph Rehage may be among the first foreign victims of these policies. In December, he uploaded a YouTube video that called the founder of the Chinese Communist Party (CCP), Mao Zedong, “China’s Hitler.”

A Communist Youth League website is now calling for Rehage to be punished for violating Chinese law, even though he lives in Hamburg. They argue that Rehage, who speaks Chinese, made the video to circulate in China, which they say undermines the sovereignty of its Internet.

While it’s unlikely Rehage will be extradited, threats such as this are becoming more than just angry rants.

Recently, a Hong Kong-based editor who writes gossip books about Chinese leaders disappeared along with four of his colleagues.

This could tie to a shift in Chinese policy. It began on July 1, 2015, when the National People’s Congress (NPC) Standing Committee passed the National Security Law.

The new law emphasizes that “China must defend its national security interests everywhere,” and according to The Diplomat, “will affect almost every domain of public life in China—the law’s mandate covers politics, the military, finance, religion, cyberspace, and even ideology and religion.”

Alongside the National Security Law was another, which was passed on Dec. 27, 2015, called the Counterterrorism Law.

The Counterterrorism Law has been particularly contentious since it requires foreign tech firms to cooperate with the Chinese regime’s investigations—and its brand of “counterterrorism” is far different from that in the West.

As The Diplomat notes, the CCP has its own definition of terrorism, which includes “any thought, speech, or activity that, by means of violence, sabotage, or threat, aims to generate social panic, influence national policy-making, create ethnic hatred, subvert state power, or split the state.”

In other words, at one extreme it does include terrorism—but at the other extreme it also makes “thought” and “speech” illegal, if those thoughts or words challenge the CCP’s rule.

Any company that wants to do business in China will need to uphold these rules. The Chinese regime’s policy is still in its budding phase, but if the user agreements of Chinese companies tell us anything, it’s possible we may all soon be required to follow its standards on totalitarian rule or, as Xiaomi’s warning states, “bear all the risks and take full legal liability.”