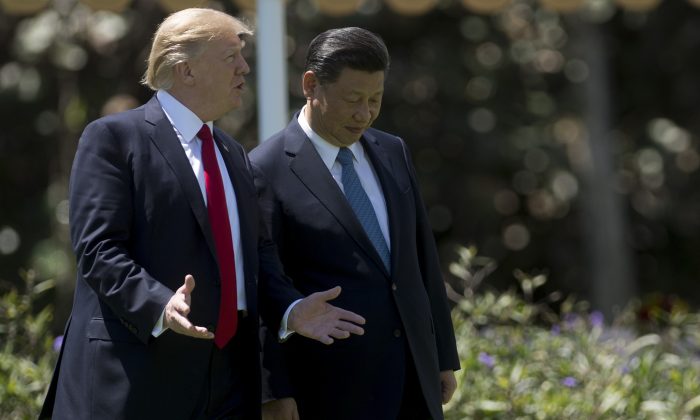 North Korean Nuclear Test Site Has Sustained Too Much Geological Damage
A senior Chinese communist official said on Saturday that China is still talking with the North Korean regime, despite it having imposed its strongest sanctions as of yet on its communist neighbor.

China is a vital lifeline for the North Korean regime, who depends on China for some 90 percent of its trade. But under pressure from President Donald Trump, who seeks to denuclearize North Korea, Chinese leader Xi Jinping has agreed to increase pressure on the rogue regime.

China has gone beyond U.N. Security Council sanctions approved last month, which limit the imports of textiles and other products from North Korea, and limit the amount of oil that can be sold to it.

China’s Central Bank also instructed Chinese banks to stop providing financial services to North Korea. In addition, China has given North Korean businesses operating in the country an ultimatum to shut down within 120 days.

“China and North Korea are neighbors and the two have a traditional friendly cooperative relationship,” Guo said.

China’s international department is in charge of the party’s relations with foreign political parties, and has traditionally served as a conduit for Chinese diplomacy with North Korea.

President Trump will be visiting Asia next month, including stops in South Korea and China.

Trump is expected to further increase pressure on China’s Xi to do even more to put pressure on North Korea.

Trump is seeking a diplomatic solution to the North Korean nuclear crisis, relying in part on China’s increasing its economic sanctions on North Korea.

Simultaneously, Trump has ordered his most senior military officials to draw up detailed military options for an armed conflict with North Korea.

Trump has said that while the United States has patience, if it is forced to defend itself or its allies against North Korea it could completely destroy the country.

The threat of military force also serves to pressure North Korea to the negotiating table.

Jack Keane, a retired four-star general and former Vice Chief of Staff of the U.S. Army, said that these military options by the Trump administration are making a diplomatic solution more realistic.

“Trump’s team understands that the threat of military force strengthens the diplomatic option. The main effort is diplomacy and economic sanctions,” Keane said on Fox Business.

China is currently holding its 19th National Party Congress, where it has become clear that Xi will continue to head the Chinese Communist Party for the next five years.

An official told Reuters that President Trump believes Xi should now have even more leverage to work on the North Korea problem.

“The president’s view is you have even less of an excuse now,” said one official. “He’s not going to step lightly.”

Since Xi became party leader in 2013, relations with North Korea have cooled down. Xi has not visited North Korea, but has visited the North’s sworn enemy South Korea.

Relations between China and North Korea had flourished under former Chinese Communist Party leader Jiang Zemin. While Jiang has been officially out of power since 2003, he has since been influencing China’s domestic and international policies through his loyalists in the highest levels of government.

This has made it more difficult for Xi to take stronger action against North Korea and to solve some of China’s worst societal ills, such as the ongoing persecution of 100 million Chinese citizens who practice Falun Gong, a traditional Chinese meditation discipline. The persecution was personally initiated by Jiang in 1999 and has continued to this day.

Trump wants to gain some serious cooperation from China to persuade Pyongyang to either change its mind or help deprive it of so many resources that it has no choice but to alter its behavior, the official said.

In an interview with Fox Business Network’s Maria Bartiromo, Trump said he wants to “keep things very, very low key” with Xi until the Chinese leader emerges from the Party Congress.

“I believe he’s got the power to do something very significant with respect to North Korea. We’ll see what happens. Now with that being said, we’re prepared for anything. We are so prepared, like you wouldn’t believe,” Trump said in the interview, to air on Sunday.