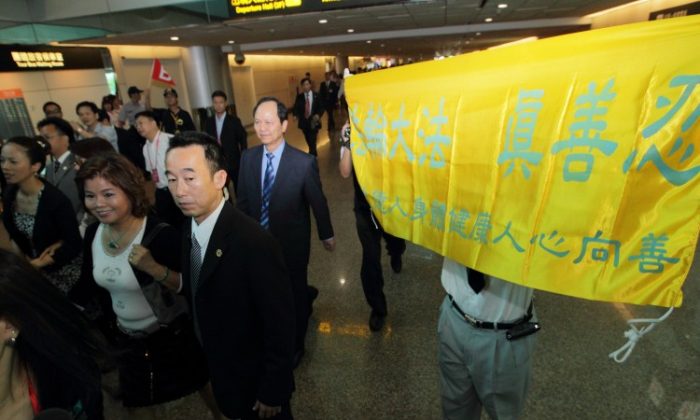 Huang Huahua, governor of China’s southern Guangdong Province, has resigned two years before the end of his tenure. Huang’s sudden resignation is considered surprising and unusual because it was released by regional newspapers instead of China’s state-run media, Nanfang Daily said on Nov. 4.

Southern Metropolis Daily, part of the Southern Media Group, reported no news about Huang’s resignation. Instead, it published, on the same day, an interview with Huang about Guangdong’s economic development, saying Huang’s nine-year leadership helped further Guangdong’s industrialization in just 30 years instead of 100 years, as happened in other developed countries.

Huang’s unexpected resignation has caused consternation, particularly since he has recently captured headlines by appearing on public occasions. For instance, he was reported to have accompanied Chinese Premier Wen Jiabao to attend the opening of the autumn trade fair in Guangdong. But there had been no hints as to his impending resignation.

Guangdong Province, located on the South China Sea, has become China’s most populous, with over 80 million permanent residents and up to 30 million migrant workers in recent years. Guangdong is China’s largest exporter of goods, owing its economic boom to low-value added manufacturing that began in the early 1990s.

Shenzhen and the Pearl River Delta are two among several industrial hubs. The province is said to be home to the most billionaires in mainland China.

Yet in recent years Guangdong Province has given the communist regime a headache with its many social problems, such as severe pollution in its industrialized cities, urban and rural unrest causing conflicts between police and citizens, flagrant land grabs, protests by migrant workers, and the widening gap between rich and poor. At the same time, the global economic recession has negatively impacted Guangdong’s export industry, a great portion of its economy, and led to a dramatic reduction in its exports to the West.

Huang, born in 1946, celebrated his 65th birthday last month. According to Chinese regulations, the retirement age of governor-level officials is 70. Huang is replaced by his deputy, 58-year-old Zhu Xiaodan, the former Secretary of the Guangzhou Municipal Committee of the Communist Party.

Many high-ranking officials in Guangdong have stepped down for their involvement in bribery and corruption. Guangdong, one of China’s richest provinces, is notorious for its political scandals. For instance, former Shenzhen mayor Xu Zongheng received a suspended death sentence for taking bribes.

They write that since Huang was appointed governor of Guangdong Province in 2003, he has directed the persecution of Falun Gong. The deaths of 75 practitioners due to torture have been confirmed in Guangdong Province as of July 2010.

Based on information from the World Organization to Investigate the Persecution of Falun Gong, an extralegal, Gestapo-like agency called the 610 Office was set up in Guangzhou when Huang was mayor of the city. As provincial Party Secretary and governor, Huang oversaw the police in Guangdong who tortured Falun Gong practitioners, which included beatings, imprisonment, brainwashing, force-feeding (with feces and boiling water, etc.), electric shock torture, and group rape.