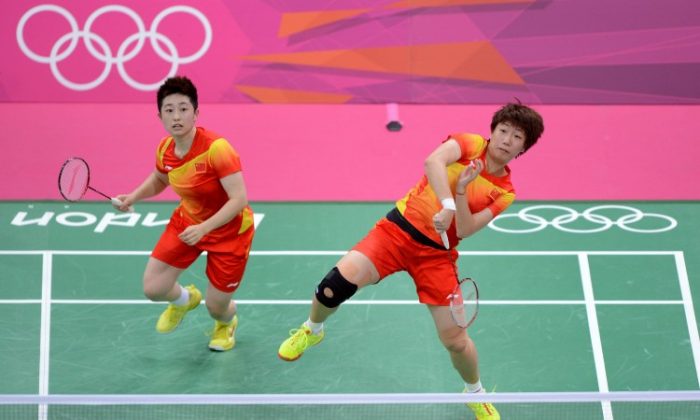 Yu Yang and Wang Xiaoli, the Chinese badminton players who tried to lose a preliminary match at the Olympics on July 31, faced harsh criticism from their team and Chinese media after they were disqualified by the International Olympics Committee. A source, however, said that their actions were directed by China’s badminton team.

The players’ coach Li Yongbo appeared on state television to apologize on Aug. 1. He did not comment on his role in the incident, but criticized the athletes for “not treating each game carefully like professionals.”

However, a state-run report from Chinanews.com cited an insider who revealed that the strategy was not the players’ personal decision, but rather an order from their team after the other Chinese pair, Tian Qing and Zhao Yunlei, lost to the Danish team during the first round.

“The coaches had a meeting where they decided that Yu and Wang should try to advance to second place in the group so that they wouldn’t compete against their own team members during the semi-finals,” said the source. This strategy would make it less likely for either Chinese pair to end up in fourth place without a medal. Yu and Wang followed the China team’s advice and tried to lose to their opponents, Jung Kyung-eun and Kim Ha-na from Korea.

A day after the disqualification, the Chinese Communist Party’s mouthpiece Xinhua said the players would “definitely be criticized and despised,” and that they “didn’t keep pace with their motherland’s progress.”

Even though Xinhua clarified on Sina Weibo, China’s top social media portal, that another media had published the interview, Wang and many netizens were angry. Wang responded that no athletes should be insulted, whether they get a gold medal or not. “You can criticize people, but you can’t insult them.”

Thousands of netizens ignored Xinhua’s clarification and continue to criticize the agency for insulting the athletes.

Yu’s and Wang’s team did not back them up either. The Chinese delegation did not appeal against the disqualification, saying it “feels distressed over this matter, and opposes it” in a message posted on Weibo.

The delegation’s message was not welcomed by many sport lovers. “It is the leaders who are at fault. Why are you laying the blame on the athletes. It’s disgusting,” commented one Weibo user.

Yu’s parents were very upset and felt the criticism was unfair. “Yu Yang was always an obedient child, both at home and in the badminton team. I don’t believe that she made the decision [to try to lose] herself,” said her mother in a interview with Chinese state-run media. “How much has she gone through during the past four years of hard work?”

Yu, 26, a two-time gold medalist at the 2008 Beijing Olympics, announced her retirement in a social media post soon after her disqualification.