China, Russia Believe Themselves at War With the West, Says Canada’s Military Chief 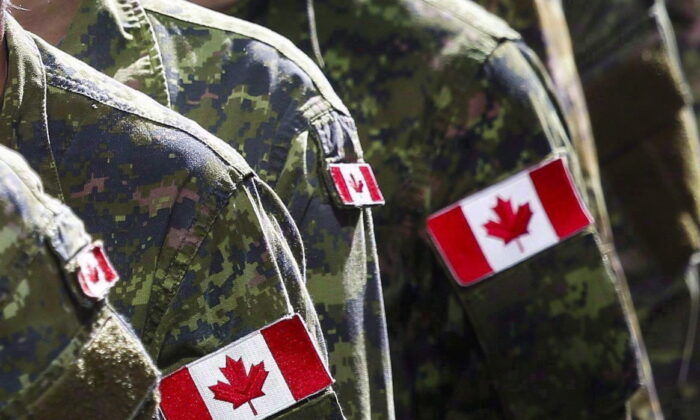 Members of the Canadian Armed Forces march at a parade in Calgary on July 8, 2016. (The Canadian Press/Jeff McIntosh)
By Andrew Chen

China and Russia consider themselves to be at war with Canada and Western democracies, and are showing a willingness to launch large-scale violent conflicts, which Canada must prepare for, the head of the Canadian Armed Forces (CAF) told parliamentarians.

Chief of Defence Staff Gen. Wayne Eyre made the remark during a House of Commons standing committee on national security on Oct. 6, where he testified about the threat posed to Canada by the authoritarian regimes of China and Russia.

“We once again find ourselves in a chaotic and dangerous world where those with power, namely Russia and China, are determined to remake the world order to suit their own ends,” he said.

China and Russia “do not differentiate between peace and war,” Eyre said, and that in seeking to achieve their national objectives, “they will use all elements of national power, often acting just below the threshold of large-scale violent conflict.” He added that these regimes are “all too willing to cross that threshold,” pointing to Russia’s invasion of Ukraine.

“Russia and China are not just looking at regime survival, but regime expansion,” Eyre said. “They consider themselves to be at war with the West.”

These authoritarian regimes believe the greatest threat to their rule comes “from their own populations,” rather than external adversaries, Eyre noted, which he said is why “they strive to destroy the social cohesion of liberal democracies and the credibility of our own institutions to ensure our model of government is seen as a failure.”

“The rules-based international order, which has underpinned world stability, and indeed our national prosperity for generations, is faltering. It needs to be defended. The gravity of these times should be apparent to all,” he said.

Caroline Xavier, chief of the Communications Security Establishment, Canada’s cyber intelligence agency, told the national security committee that there is a growing concern about cybercrime, particularly those backed by state actors that are targeting Canada.

“Cybercrime is the most prevalent and most pervasive threat to Canadians and Canadian businesses,” she said. “Cyber criminals trying to probe Canadian systems have been found in Russia, China, and Iran, among others.”

“While cybercrime is the most likely threat to impact the average Canadian, the state-sponsored cyber programs of China, North Korea, Iran, and Russia pose the greatest strategic threat to Canada.”

Xavier noted that some common tactics used by threat actors include ransomware, theft of personal data, and online fraud. Critical infrastructure operators and large enterprises are some of the most lucrative targets, she added.

As Canada is increasingly faced with these external challenges, its military is also experiencing a recruitment crisis, Eyre told parliamentarians.

Data previously released by the department in January also shows that the CAF was short of about 12,000 regular force troops and reservists at the end of November 2021, reported The Canadian Press.

Dancho noted that following the end of the Cold War, Canada’s “defence capabilities, that went along with our [North American Aerospace Defense Command] infrastructure, has been neglected,” citing Eyre’s remarks in earlier an interview with the CBC in May, when he said that “given the deteriorating world situation,” Canada needs its defence industry to “go onto a wartime footing and increase their production lines.”

To address the rising threats in the world and at home, and the relative decline in the readiness of the Canadian military, Eyre noted on Oct. 6 that the CAF has embarked on an effort of “reconstitution,” a term that refers to a military operation that would “rebuild, rearm, re-equip” the military after a large scale operation.

“The [COVID-19] pandemic has not been kind to the Canadian Armed Forces. Our numbers have shrunk. And so we’re embarking on a priority effort to get our numbers back up—recruiting, retention—so that we can provide that readiness,” he said.

Eyre, however, declined to comment on whether the federal government should spend more on defence, but said that Canada is not ready for the new challenges it is being presented with.