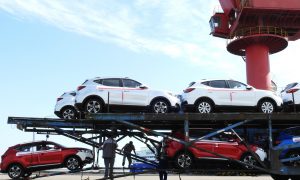 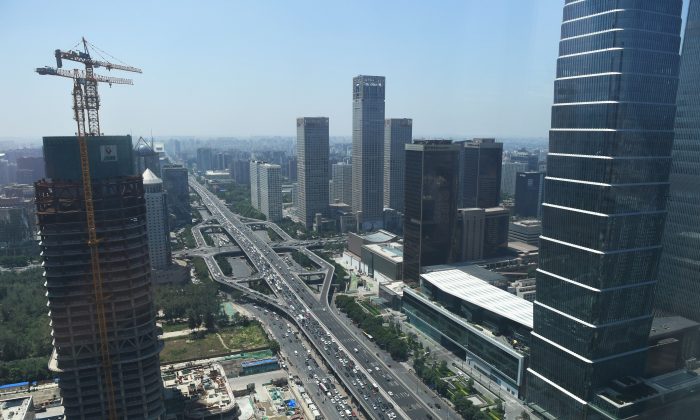 Buildings are seen under construction in the central business district of Beijing on June 14, 2018. (Greg Baker/AFP/Getty Images)
China Business & Economy

China Resorting to Old Playbook to Prop Up Economy

As expected, China announced the first round of 2019 monetary easing measures on Jan. 4, the first in a series of actions Beijing is anticipated to take in order to shore up its reeling economy.

China is preparing for a challenging year ahead, both economically and politically, at home and abroad. But for the first salvo, policymakers resorted to old tricks.

The People’s Bank of China (PBoC), the nation’s central bank, announced cuts to the amount of reserves banks are required to hold by one percent over two days. The required reserve ratio (RRR) will be shaved by 50 basis points (0.5 percent) effective Jan. 15 and Jan. 25.

The move is expected to pump roughly 1.5 trillion yuan ($218 billion) of liquidity into the economy.

On the same day, prime minister Li Keqiang met with leaders of China’s largest commercial lenders—China Construction Bank, Bank of China, and the Industrial and Commercial Bank of China—and urged them to increase lending to private and small enterprises. Li hopes that the increased liquidity as a result of the RRR reduction will make its way onto balance sheets of small and private companies.

To that end, the PBoC has unveiled the so-called Targeted Medium-Term Lending Facility, bearing a super low interest rate, specifically for smaller private companies. The goal is to keep smaller firms in business and avoid job losses.

Looking ahead, China is expected to announce further easing measures, largely from its past playbook. Those include cuts to the value-added tax and the reduction of restrictions on debt financing at local levels, boosting infrastructure investments and, potentially, foreign exchange transactions.

Repeating tried and true methods of easing might work at the margins, but it’s far from a slam dunk.

China deftly managed the global financial crisis a decade ago, but 2019 is not a repeat of 2008. Ten years ago, there was no trade war with the United States, the rest of the global economy is comparatively stronger today, and most importantly China itself was not nearly as levered a decade ago.

Beijing can’t enact the forceful measures it once did in 2008. For now, it can only hope that dabbling at the margins will keep the economy afloat.

A decade of increasing debt levels has crippled the nation’s ability to stimulate much further without ratcheting up financial risk. In addition, the U.S. Federal Reserve’s interest rate hikes are limiting the PBoC’s flexibility over monetary policy. A benchmark rate cut by China would exacerbate capital outflow and put more pressure on the yuan.

Quietly, the National People’s Congress Standing Committee in early January authorized to allocate its local government debt quota ahead of schedule—this is typically approved in March—in order to allow local governments to issue more debt earlier. This cleared around 1.39 trillion yuan ($202 billion) of new bonds to be issued.

A large portion of that quota will be allocated to “special purpose bonds,” whose proceeds will depend on revenues from infrastructure projects such as railroads, highways, and redevelopment, most of them in far-flung locations. Not only do these projects count toward China’s GDP growth, they also create jobs and keep migrant workers employed.

“If there are no pro-growth measures we will see jobs at risk, which is a key threat that the central government wants to avoid,” wrote Iris Pang, ING’s chief China economist, in a Jan. 4 note.

China still hasn’t cleaned up the local government and infrastructure debt from the last crisis—some of which are sitting on the balance sheets of China’s so-called asset management companies (bad banks), and others were bought by pension funds and private investors.

So far, Beijing is looking to add more debt judiciously because kicking the can down the road only works if there’s more road ahead. But this time, the road is narrower and the stakes are higher.