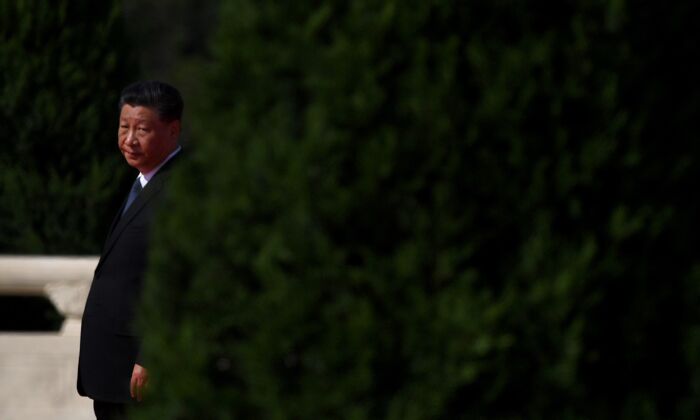 The program would be expanded to all Chinese universities within the next five years.

In the 1980s, the CCP mandated the study of former leader Mao Zedong’s theories on Marxism. In the 2000s, it implemented a “thought and moral cultivation” course that featured communist teachings.

Some China experts believe the latest instruction is an indication of Xi’s intention to further solidify his power ahead of an important political meeting.

In September, Qiushi, a bimonthly state-run magazine on communist theory, published an article penned by Xi in which he emphasized the importance of having students learn his philosophy— from primary school, middle school, high school, to university.

The magazine then announced a new decision by the education ministry to mandate universities to teach an introductory course on “Xi Jinping’s Thought of Socialism with Chinese Characteristics in the New Era”—the name of Xi’s political doctrine. Every CCP leader comes up with an ideology that is enshrined in the Party constitution.

Peking University, Tsinghua University, Nankai University, and 34 other top universities that have colleges dedicated to the study of Marxism launched the course in fall 2020.

Nankai University published an article on Sept. 6, in which it introduced the content of the Xi philosophy class, such as explaining the relationship between Xi’s theory and Marxism, Xi’s theory on historical studies, Xi’s targets for China’s development, and so on.

Tsinghua University introduced on its website that the course is 12 weeks long and all materials in the course are based on Xi’s speeches.

The report quoted a college student from eastern China’s Shandong Province: “If we can’t pass the test on Xi’s theory, we won’t receive a diploma from college. As a consequence, it will be very hard for us to join the Party, find a good job, or be promoted in future.”

As the CCP will host its Fifth Plenary Session from Oct. 26 to Oct. 29 in Beijing—with an agenda of mapping out China’s next five-year-plan and discussing potential candidates for the next Party leader—Xi is likely seeking to affirm officials’ loyalty toward him, said U.S.-based China affairs commentator Tang Jingyuan.

“I think Xi Jinping wants to solidify his top leader position,” he said.

During the last Party conclave held in 2017, Xi did not name a successor. In March 2018, the CCP officially amended its constitution to remove the two-term limit for the head of state—allowing Xi to rule indefinitely.

Because he does not yet have plans to nominate a successor, Xi wants to maintain his position as Party leader, Tang analyzed.

He also noted that with high unemployment rates among new college grads, Xi wants to make sure they toe the Party line. “I think Xi wants students to learn his philosophy, so they won’t protest if they can’t find a job after graduation,” Tang added.

Xi also made recent moves to consolidate his power.

“By creating these work regulations, Xi is announcing that he will be the Party leader for as long as the regulations are valid,” Tang commented.