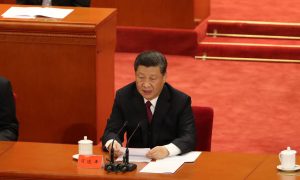 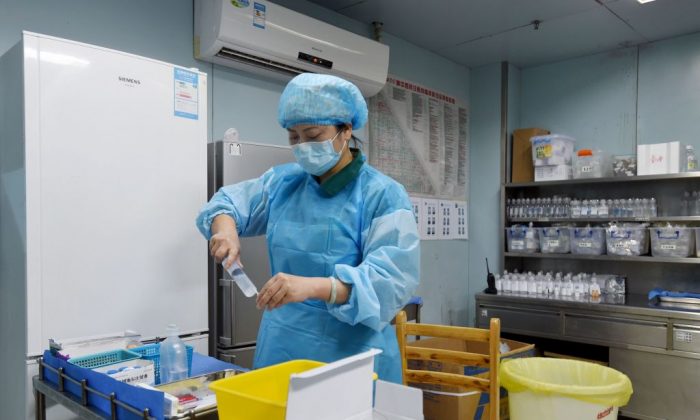 A nurse prepares medicine for a bird flu patient in a hospital in Wuhan, the capital of central China’s Hebei Province on Feb. 12, 2017. (STR/AFP/Getty Images)
China Society

A city in China’s central Hunan province said it killed thousands of chickens following an outbreak of H5N1 bird flu, according to the Chinese regime.

The country’s ministry of agriculture said Saturday that 18,000 chickens were culled in Shaoyang, Hunan Province. But that came after some 4,500 chickens were sickened and died, amounting to more than half the flock on the farm at the source of the outbreak.

The strain of influenza was the “poultry H5N1 subtype” of the “highly pathogenic bird flu,” the statement read.

No human transmission of the bird flu was reported.

Shaoyang is located about 300 miles south of Wuhan, the epicenter of the new mystery coronavirus strain that that has triggered lockdowns and quarantines across Hubei province. The coronavirus has prompted several countries to suspend flights to and from China and travel alerts.

The H5N1 avian flu has killed hundreds of people across the world since 2003, according to the World Health Organization’s (WHO) data.

Avian flu was reported this week in India, prompting government officials to deploy a response team to Chhattisgarh, according to Indian officials.

The virus killed 5,634 of about 21,060 birds on the farm in Baikunthpur. All of the remaining birds were slaughtered, Reuters reported.

Meanwhile, the Chinese city of Wenzhou in coastal Zhejiang Province announced on Sunday that it would restrict its citizens’ movement, allowing only one member of each family to buy goods every two days.

Residents could still go outside to see a doctor and work in the city’s public transportation sector.

Meanwhile, on Saturday, the Filipino Department of Health (DOH) reported that a 44-year-old Chinese man from Wuhan died—the first death from the virus outside of China.

“I would like to emphasize that this is an imported case with no evidence of local transmission,” Health Secretary Francisco T. Duque III said in a statement. “The Philippine Government has already implemented a temporary travel ban for travelers coming from China, Macao, and Hong Kong. DOH is monitoring every development on the 2019-nCoV very closely and is taking proactive measures to contain the spread of this virus in our country,” Duque added.

WHO last week declared a global health emergency over the virus, while the United States and Australia both raised their travel alerts to the highest, urging citizens not to travel to China.

“Our greatest concern is the potential for the virus to spread to countries with weaker health systems, and which are ill-prepared to deal with it,” WHO director-general Tedros Ghebreyesus said Thursday. “I am declaring a public health emergency of international concern over the global outbreak,” he remarked.