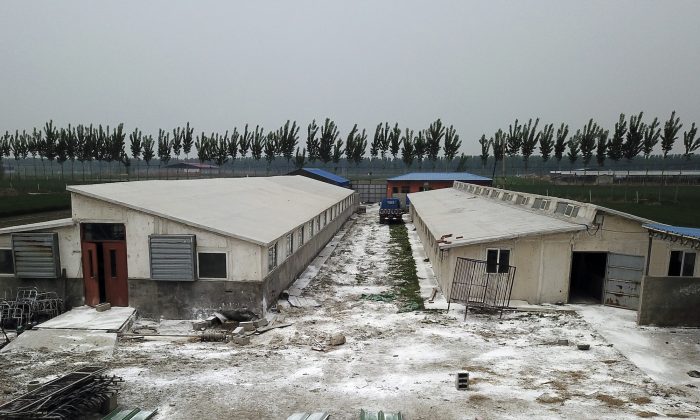 White disinfectant powder is scattered on the ground around buildings at a pig farm in Jiangjiaqiao village in northern China's Hebei province, on May 8, 2019. (Sam McNeil/AP Photo)
China

PARIS—China has reported an outbreak of African swine fever (ASF) at a pig farm on the island province of Hainan in the southern part of the country, the Paris-based World Organisation for Animal Health (OIE) said on Tuesday.

The outbreak on a farm of 1,063 animals began on Oct. 23 and was confirmed on Oct. 31, the organisaion said, citing a report by Chinese authorities.

African swine fever is harmless to humans but often fatal for pigs. After it reached China in August 2018 the virus wiped out 50 percent of the country’s pigs within a year.