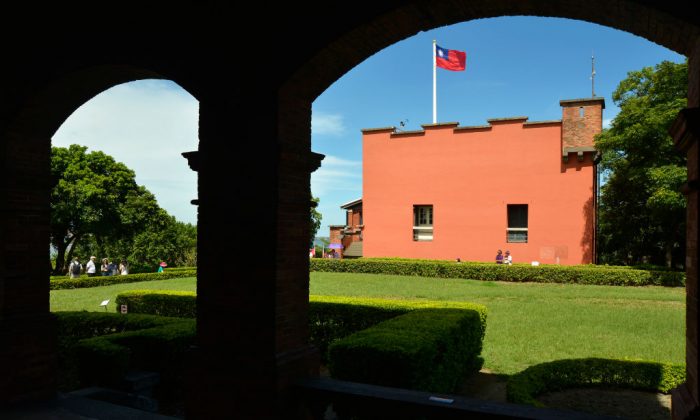 TAIPEI, Taiwan—Taiwanese authorities are on high alert after Chinese media reports have surfaced that Taiwanese agricultural experts have taken up government positions in China.

Taiwan’s Mainland Affairs Council, a government agency that deals with China issues, said it would seek an explanation from Tsai Chih-yang, who, according to a report by Chinese state-run media Xinhua, became a science and technology commissioner in the southern Chinese province of Fujian, according to a March 17 article by Taiwan’s Central News Agency.

The council explained that Tsai could be in violation of a cross-strait relations law, which stipulates that Taiwan residents are forbidden to hold any position within Chinese agencies, institutions, or organizations that are affiliated with the Chinese military, political apparatus, or government administration.

Wu Rwei-ren, a deputy researcher with Taiwan’s national academy Academia Sinica, said the purpose of recruiting Taiwanese for low-ranking Chinese government positions such as the commissioner is for the purpose of spreading “unification propaganda,” according to a March 17 article by Taiwanese daily newspaper Liberty Times.

Taiwan is a de-facto country with its own democratically elected government, military, and currency. However, the Chinese regime views the island as part of its territory and has adopted different tactics such as propaganda and coercion in its attempts to sway Taiwanese public opinion into favoring unification with the mainland. Meanwhile, Beijing has never ruled out the possibility of uniting Taiwan with military force.

In the Xinhua article, published on March 13, Tsai was named as one of several Taiwanese citizens hired as special commissioners.

According to Tsai, he came from a farming family in southern Taiwan’s Chiayi County. He arrived in China in 2013 and started his own business at an agricultural tech hub in Zhangpu County in Fujian.

Tsai had trouble expanding his business but things changed in February after he became a commissioner for the Zhangpu county government, the report claimed.

“After getting this position, I have greater access to different platforms to promote vegetable and fruits. I am also able to help other farmers with their problems,” Tsai was quoted as saying in the interview with Xinhua.

The goal of recruiting Taiwanese for such commissioner positions was clearly stated in an announcement by the Zhangpu county government on its website on Jan. 16.

There are over 600 Taiwanese-funded companies in the business of fruits, vegetables, tea leaves, flowers, and aquatic products, within the agricultural park and the greater Zhangpu area, according to the announcement. Thus, the government was seeking to hire a group of Taiwanese at these companies to become commissioners. They could then travel to remote villages in China and help local farmers grow crops successfully.

According to Chinese news portal Baidu, science and technology commissioners have existed since 1999. The Nanping city government in Fujian first proposed such a position—usually to provide expertise in agricultural science and tech or health care to Chinese farmers.

In May 2016, China’s State Council issued a directive, urging all levels of government to implement more policies to recruit these commissioners, for the ultimate goal of boosting the rural economy.

In February 2017, the Fujian provincial government responded to the directive by allocating an annual fund of 20 million yuan ($3 million) to subsidize the hiring of 1,000 commissioners with expertise in the agricultural sector. The funds would go toward work and transportation stipends, as well as insurance and training fees.

That same month, the Chinese Communist Party mouthpiece People’s Daily reported on its website that the total number of science and technology commissioners in China reached 739,000.

Chen Shih-min, an assistant political science professor at National Taiwan University, told Liberty Times that Taiwan’s agriculture industry is set to lose its competitive edge if Taiwan’s agricultural experts were to continue traveling to China and assist its farmers.

With regard to Tsai’s case, Chen urged the Taiwanese government to take action in accordance with the island’s laws, so that its agricultural sector would not be hurt.

In a similar case, Taiwan’s Ministry of Interior announced last week that it was investigating reports by Chinese media that several Taiwanese government officials were taking up positions as community and village directors within Communist Party committees in Pingtan County, also located in Fujian.

Taiwan has one of the most diverse agricultural sectors in the world, with exports ranging from rice, fruits, vegetables, tea, to floriculture. According to Taiwanese English-language newspaper Taiwan News, Taiwan’s agricultural exports soared to $5.47 billion in 2018, the highest value in two decades.