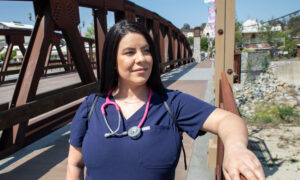 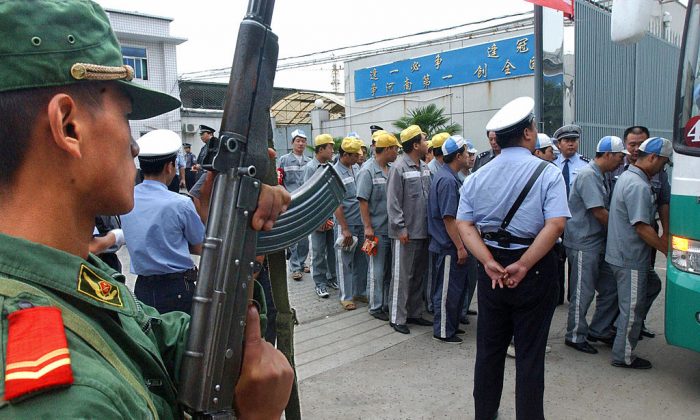 Prisoners wait in line to board a bus under police and armed military escort, 16 August 2004 in Zhengzhou, in central China's Henan Province. (STR/AFP/Getty Images)
US

Guthrie McLean was held in a Chinese prison for a week before authorities agreed to let him go. The 25-year-old University of Montana student was arrested in central China after an altercation with a cab driver. His mother said the cabdriver was assaulting her over a fare dispute before her son stepped in to defend her.

The police came to find him five weeks later, and demanded $14,800 with threats of up to three years in prison if the family refused to pay. The family did not pay. Authorities detained him and then lowered the amount to $7,300, according to  Montana local TV station 8 KPAX. No formal charges were filed despite the demands.

The State Department declined to talk about what role they played in McLean’s release.

Guthrie’s mother, Jennifer McLean, teaches in China. And Guthrie essentially grew up in China, according to a press release from Sen. Daines. He left China to attend college back in Montana, but returned to visit his mother.

After the cabdriver didn’t return the correct change, “There then was a bit of an argument and the taxi driver started to rough Jennifer up. So, she describes him pushing and shoving her, grabbing her bags; she was very scared. She was able to call Guthrie and he saw what was happening. He pulled the taxi driver off her, threw him to the ground, and end of story. Or so it seemed,” said Beijing-based journalist, and family friend Tom Mitchell.

Guthrie McLean is an East Asian studies major and works in the Department of Modern and Classical Languages and Literatures. He plans to return to school by next month.