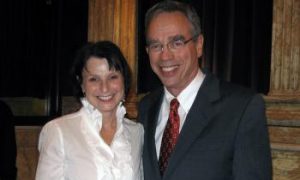 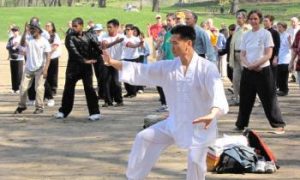 Worried about China’s growing real estate bubble, officials in high places have come up with plans to impose a special property tax, saying it will deter the rampant speculation buying of high-end real estate that is driving up home prices. The controversial tax is now in the process of being approved by the city of Chongqing.

But commentators believe the tax will do little to cool the real estate market, and some see it as only the latest method for communist bureaucrats to seek rents.

The mayor of Chongqing, Huang Qifan, proposed in a city meeting on Jan. 9 that the city would start taxing high-end housing. According to Xinhua, the Ministry of Finance has basically approved the city’s new policy to be implemented this year, but details of the tax, and what kind of high-end houses would be affected are not clear.

Opinions and speculations abound; Beijing News said the tax rate in Chongqing might be one percent.

After the policy was announced on Jan. 9, the A-share stocks in Shanghai and Shenzhen—those that are traded in Renminbi—plunged the next day, led by the stocks related to real estate and finance. The Shanghai composite index fell 1.7 percent, ending at 2791.8.

While the public is made to believe that the purpose of the property tax is to curb the out-of-control housing market, experts and commentators believe the tax will do little to cool the real estate market.

According to Southern Daily, Chen Huaibiao, director of the Policy Research Center of Ministry of Housing and Urban-Rural Development, said that a housing property tax is not a tool to control housing prices. Wang Juelin, vice director of the center, also previously said that such a tax cannot fix the problems in the real estate market.

Li Daokui, Professor of Economics and Management at Tsinghua University, also said that imposing a property tax is not a fine-tuning policy and it would be hard to curb the fast-rising housing prices that way, Ninxia TV finance morning news reported on Dec. 28, 2010.

According to a report on dayoo.com, Yang Hongxu, a section chief of E-House China R&D Institute, said the new tax policy may have a short-term impact on people who are planning to buy a home, but that it would take several years for the policy to be implemented nationwide.

Critics of the tax also say that, while it appears to be aimed at high-end investment houses, the wealthy, and special interest groups, in actuality these groups will simply kick those costs along to their tenants, meaning the lower-income classes will end up paying the tax bill.

Economist Caoan Jushi told The Epoch Times that he did not believe that the property tax would have any influence on the housing market because no other countries in the world have ever used it to control the market. “The property tax will only put hardship on common people. It will not do what the Chinese regime wants, and its impact on the market is limited.”

U.S. based Chinese writer and economist He Qinglian said in an interview with The Epoch Times on Dec. 8 that Chinese officials own most high-end investment. She quoted from a recent survey in Shanghai that found that the low-ranking officials who had filed a report stated that they own from five to dozens of investment homes.

Although it’s called a housing property tax, it is not to be equated with home property taxes in Western countries. Revenues from property taxes in the U.S. are used for community improvement, with most of it going to schools, and voters are involved in deciding how the money is spent.

With the opaqueness of this new housing property tax as well as the intended use of its revenue stream in a system steeped in corruption and opacity, some critics say the tax is just another income stream for officials.

Zang Shan, chief editor of New Epoch Weekly, said that a property tax is not justified. In China, when people buy homes, the land price is already included. However, the land does not belong to the buyer. Now the government is trying to tax the people for something they do not own. “I believe this is just an opportunity that the local governments can use to make more money, especially as the policy is in concert with Beijing’s policy to control the housing market.”

An earlier Epoch Times article by the same author discussed a report published by the Chinese Academy of Social Sciences on Oct. 25, 2010, saying that real estate, not industrial expansion, has been the key to China’s rapid economic growth in recent years.

Chen Pokong, a prominent commentator on China’s economy, agreed with this assessment, adding that China’s growth model will have difficulty sustaining itself. Chen said the problem is compounded by pervasive corruption: local Party officials’ collusion with real-estate developers and the construction of face-saving projects that end up unusable have created a “huge bubble” in the economy.