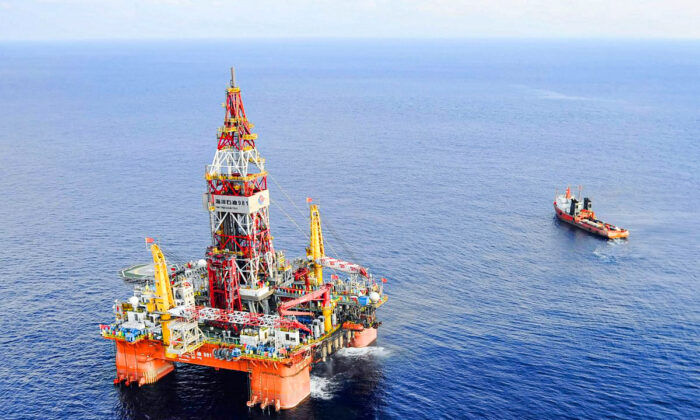 China is looking to revive negotiations on joint oil exploration with the “new Philippine government” amid the two nations’ ongoing issues over maritime differences regarding the disputed South China/West Philippine Sea, officials said on Thursday.

In a press conference in Beijing on Thursday, Foreign Ministry spokesman Wang Wenbin said that “China stands ready to work in concert with the new Philippine government to advance negotiations on joint development and strive to take early substantive steps so as to deliver tangible benefits to both countries and peoples.”

The Chinese Foreign Ministry spokesman made the comment after the Philippines Foreign Affairs Secretary Teodoro Locsin Jr. announced that negotiations between China and the Philippines regarding the planned joint oil exploration in the West Philippine Sea had been terminated under President Rodrigo Duterte’s order.

Both China and the Philippines have battled for decades over maritime sovereignty, with Beijing claiming almost the entire of what it believes to be the South China Sea within its exclusive economic zone, which is also home to an estimated 11 billion barrels of untapped oil and 190 trillion cubic feet of natural gas, according to the Council on Foreign Relations.

In recent years, Beijing has reportedly constructed ports and built military installations and airstrips in disputed areas, including on the Paracel and Spratly Islands and militarized other areas like Woody Island, where it has deployed fighter jets and cruise missiles.

That is despite the Permanent Court of Arbitration at The Hague ruling in 2016 that Beijing did not have “historic rights” over the disputed sea in a case brought by Manila.

China refused to recognize that ruling.

Meanwhile, the Philippines, which relies overwhelmingly on fuel imports, has been unable to go forge ahead with its planned research and development in the disputed waters, and has filed more than 300 diplomatic protests against China over its continued incursion within the nation’s alleged sovereignty, The Diplomat reported.

Despite the ongoing dispute, in 2018 the two countries nonetheless jointly pledged to explore oil and gas assets in the disputed sea area, and in 2020 Duterte also announced the lifting of a six-year moratorium on oil and natural gas exploration at Reed Bank, in an effort to avoid further provoking Beijing.

That moratorium has been in place since 2014, before his administration, and its lifting was widely criticized for dismissing the 2016 Hague ruling regarding China’s unfounded “historic rights” to the disputed waters.

But in April this year, the Philippines Department of Energy ordered the suspension of oil exploration activities in the disputed sea area, citing “the political, diplomatic, and national security implications of any activity” in the waters.

Locsin Jr. on Thursday said the talks had been terminated because of issues of sovereignty and constitutional constraints.

“Leaders of the two countries reached [an] important common understanding on this. The two governments signed the Memorandum of Understanding (MOU) on Cooperation on Oil and Gas Development and have actively pursued negotiations and made important progress within this framework,” he added, referring to the 2018 pledge.

“The president had spoken … oil and gas discussions are terminated completely. Nothing is pending; everything is over,” Locsin said. “Three years on and we have not achieved our objective of developing oil and gas resources so critical for the Philippines—but not at the price of sovereignty; not even a particle of it.”

Yet with Duterte set to hand over power to President-elect Ferdinand Marcos Jr., also known as “Bongbong,” this month following his landslide victory in May’s election, talks between the two nations look set to continue.

Marcos Jr. told reporters back in May that he would continue to “talk to China with a firm voice” regarding the ongoing disputed waters but added, “We do not need to be told by anyone how to run our own country” and that, “There’s no room for negotiation there.”