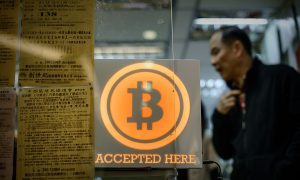 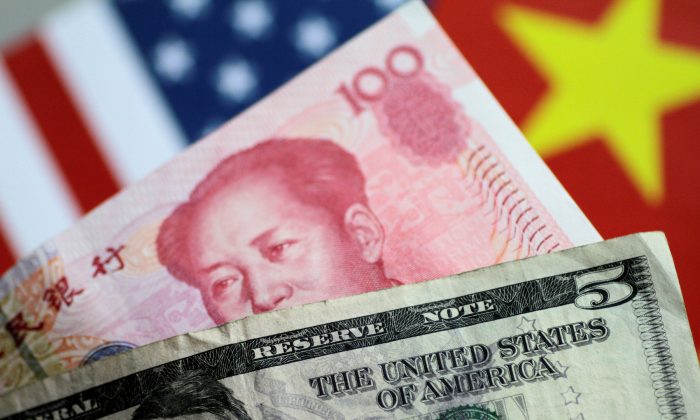 As much as Beijing heaves vitriol on cryptocurrencies—having banned all exchanges, issuers, and miners—it has no qualms about introducing its own.

The People’s Bank of China has been secretly working on its own version of digital currency for years, and reports indicate that its state-controlled central bank digital currency (CBDC) could be released as early as this year. Citing insider sources, a Forbes report gives a launch date of Nov. 11, which also happens to be “Singles Day,” China’s biggest online shopping day of the year.

In essence, Beijing has thrown down the gauntlet in its bid to end the U.S. dollar hegemony in global payments. And it poses a huge threat to the financial security and privacy of users.

Chinese state-owned newspaper Global Times said earlier this month that companies within the Shenzhen Special Economic Zone, including internet giant Tencent, have been leading research to support the development and distribution of the CBDC.

While China’s CBDC is a digital currency, it will behave vastly different than bitcoin. Unlike most cryptocurrencies, transacting in the CBDC won’t give users any degree of anonymity, and its value will be pegged to one yuan.

The CBDC also doesn’t completely rely on blockchain technology. It has a two-tier structure, with a central bank layer and a separate commercial bank layer, presumably in order to deal with the volume and size of transactions used in such applications.

The closest comparison to China’s CBDC is Libra, the cryptocurrency recently proposed by Facebook Inc. Libra’s goal is to facilitate global payments without the need for bank intermediaries. But unlike China’s CBDC, Libra utilizes one blockchain and is pegged to a basket of several global currencies.

A team of developers from the People’s Bank of China’s Digital Currency Research Lab has been feverishly working on the CBDC, in a closed-door environment away from the central bank’s Beijing headquarters, a person with knowledge of its development recently told CoinDesk, an online cryptocurrency publication.

The team was moved away from the central bank headquarters to expedite its work since Facebook announced the Libra project in June, the report said.

China’s CBDC also presents theoretical competition for certain cryptocurrencies, specifically “stablecoins” such as DAI, TrueUSD, and Tether. But so far, stablecoins are only held by cryptocurrency users—ostensibly not the target audience of China’s CBDC—so the initial overlap should be minimal.

A major use case could be for mobile payments, a segment dominated by Tencent and Alibaba. Forcing all mobile and internet transactions to move over to the CBDC could grant Beijing authorities more control and also decrease the risk of loss in case a private company such as Alibaba is shut down or goes out of business.

China has long argued that cryptocurrencies create chaos and disorder. Cryptocurrencies’ key benefits are hugely negative for the Chinese Communist Party (CCP); they cannot be centrally controlled and users must sell fiat currency (e.g. the yuan) to purchase digital currencies.

China’s CBDC affords several benefits for the CCP regime. It’s a digital currency it can control; the government can track where it’s going; and it’s a domestically developed technology that doesn’t rely on foreign entities.

According to Beijing News, China has positioned its CBDC as a substitute—for now—for “narrow money” or M0 money supply, meaning the amount of physical cash in circulation.

Beijing argues that M1 and M2 supply, which encompass deposit, savings, and money market accounts, are less liquid and therefore already digitized and can be tracked easily by the government. M0 (cash), on the other hand, is largely anonymous; its movement cannot be as easily tracked; and can be used for money laundering.

While using that definition, mobile payments are already digitized. Consumers must deposit cash into accounts held by Alibaba or Tencent to transact using Alipay or WeChat, which means that the initial transfer is recorded. However, payments made with Alipay or WeChat—since they aren’t technically state-owned or regulated as banks—aren’t as easily tracked by the central government. And given the convenience factor of mobile payments, consumers aren’t incentivized to convert back into bank deposits. This means that as mobile payment usage increases, the harder it is for Beijing to track where cash is going and integrate such activities into the rest of the banking sector.

With all of the conveniences of mobile cash, the CBDC solves this issue.

“One problem is that CBDCs will raise fears of state surveillance, especially from China, whose encroachment on civil freedoms has fueled wild protests in Hong Kong. Enterprises and people don’t want their own governments, much less foreign governments, monitoring their expenditures,” Michael J. Casey, senior advisor at MIT’s Digital Currency Initiative, wrote in a recent column for CoinDesk.

The CBDC grants China even more control over its people. And when it is used internationally, Beijing will have the ability to control and track those users as well. Potentially, the CCP reserves the ability to kick out those who don’t abide by its rules from the financial system altogether.

“And we’re seeing a semblance of this starting in China with sesame credit where people are being blocked from buying flights or insurance or anything else because maybe they have said something that is not in agreement with the central government or even one of their friends have said something,” Arthur Hayes, CEO of cryptocurrency exchange BitMEX, said at the CoinDesk Consensus Conference in June.

A Moonshot for Yuan Internationalization

“A purely peer-to-peer version of electronic cash would allow online payments to be sent directly from one party to another without going through a financial institution,” wrote Satoshi Nakatomo in the original Bitcoin white paper.

China is expanding its influence across the globe. With its One Belt, One Road initiative, China could mandate that payments and transactions be made using digital yuan. It would be a first step in forcing the greater adoption of yuan internationally.

Beijing has already alluded to this plan. “In the promotion of the internationalization of the renminbi, we will try first and explore innovative cross-border financial supervision,” a report by state broadcaster CCTV said on Aug. 18.

“A digital currency version of renminbi that runs on software platforms that can be run over the internet, it really creates an opportunity for China and Chinese companies . . . and bypass the western banking system,” Allaire said.

Central banks in the United States and across Europe have so far resisted the idea of a “digital dollar,” but inaction could spell doom if China is successful in convincing its allies to bypass established global financial order.

Perhaps Libra—warts and all—can offer a challenge to China’s CBDC.

“We have the internet of what I call the Free World, and another internet, which is an internet of surveillance, etc. And if we have the same thing happen with financial networks—where fundamentally, the U.S. and others don’t have the ability to impose sanctions that are respected by financial systems—that creates geopolitical problems with huge consequences for the world,” he said.