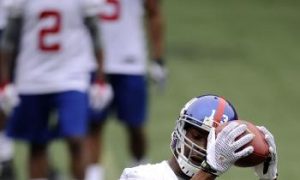 The central bank has cut rates 5 times since last raising its interest rates in Dec. 2007, and this was the first rise in nearly three years.

This news surprises analysts because Zhou Xiaochuan, the governor of the People’s Bank of China, had said at the annual meetings of the International Monetary Fund and The World Bank on Oct. 8th that China would not raise interest rates this year.

China’s consumer price index (CPI), a key inflation gauge, in February rose 2.7 percent from a year earlier, faster than the then benchmark deposit rate of 2.25 percent, which has sent China into the “negative interest rate” condition, where the inflation rate is higher than deposit rate.

The CPI in August rose to a new high of 3.5 percent, another 0.2 percent from July, according to a National Bureau of Statistics report of Sept. 11.

Er Yongjian, a financial analyst for the Bank of Communications, said the rate increase is the central bank’s effort to reverse the negative interest rate that has existed in China since February.

According to an HSBC survey this March, Chinese save 45 percent of their income on average, the highest saving rate in Asian countries, but 69 percent of those surveyed still think that they are not saving enough.

Wang Dashu, an economics professor at Peking University, said the new lending rate is expected to curb the popularity of real estate speculation by increasing the cost.

The appreciation of the yuan has accelerated since this September, at one percent a month. So far, the Yuan against the U.S. dollar has appreciated three percent, though it is far from the undervalued rate of 45 percent estimated by the U.S.

Jin Zhaohuai, the vice president of Economics Department of Northeast Normal University, thinks the rate increase is a concession by the Chinese government and signals further yuan appreciation.