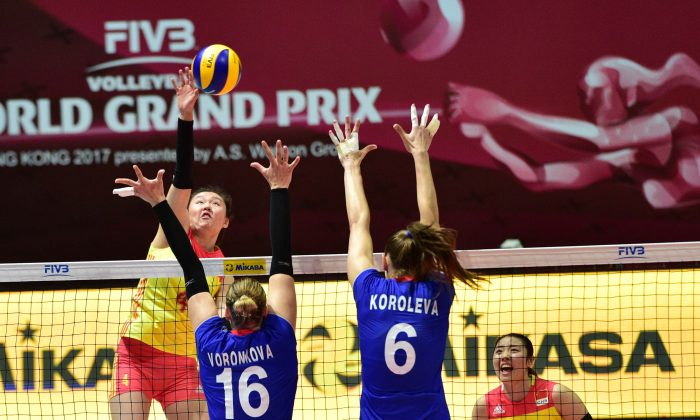 China Qualifies for FIVB Finals, but Only as Host Nation

HONG KONG—China failed to qualify on merit for the final rounds of the FIVB Women’s Volleyball World Grand Prix to take place in Nanjing, China from August 2-6, but will take part as the host nation.

China lost 2 of their three matches in the Hong Kong Leg of the series, last weekend, to finish in 7th place. But because China is the host nation their place is guaranteed, ousting Japan the true 6th place nation out of the competition. Although winning 3-1 against Japan, they lost to both Russia and Serbia, dropping them down the overall rankings table, thereby missing direct qualification.

Serbia, overall Group 1 leaders going into this Hong Kong leg, although losing to Japan, won their other two matches to retain the No1 position overall.

Japan, notched up impressive wins against both Russia and Serbia to move into 6th place in the rankings.

Russia losing to Japan and Serbia are out of the final series, finishing in 9th place.

The line-up for the Group 1 finals in Nanjing, is Serbia, USA, Brazil, Netherlands, Italy and hosts China.

After playing the initial roundrobin matches, the top 4 will progress to the knock-out semi-finals and the winners will continue on to the finals.