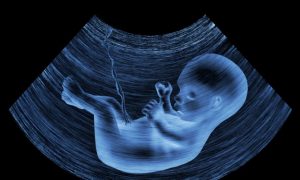 On Wednesday, reports emerged that Chinese researchers had conducted germline editing—the modification of non-somatic sex cells and embryos—for the first time, attempting to remove a gene responsible for a common blood disorder.

The news was greeted with little fanfare from leading researchers in the field; they had already preemptively condemned the practice weeks before the researchers at Sun Yat-sen University in Guangzhou had published their results.

In the March issue of Science, a coterie of biologists called for a moratorium on germline editing until there was further public discussion on the potential medical, legal, and ethical consequences of the practice.

“Let’s make sure we are doing the appropriate research before employing it in ways that could be harmful,” Jennifer Doudna, chair of the Center for Biomedical and Health Sciences at UC Berkeley and a co-author of the Science article, said in an interview in April. “The recommendation is for a clinical pause.”

Doudna is a pioneer of the CRISPR-Cas9, the innovative genome editing method that was used by the researchers at Sun Yat-sen. CRISPR involves the use of an enzyme complex to cut into DNA and replace specific genes.

CRISPR was first described by Doudna and her co-author, Emmanuelle Charpentier, in Science in 2012. Despite the novelty of the technique, gene-editing itself is decades old; CRISPR mainly expanded access to gene-editing by making it much more affordable.

CRISPR has been described as a major advancement for biotechnology, and last November Doudna and Charpentier were handed the Breakthrough Prize by Cameron Diaz and Twitter CEO Dick Costolo, worth $3 million dollars each for both researchers.

Extensive clinical research in genetic modification already exists, but until now, it’s been corralled to the editing of somatic (non-sexual) human cells.

The Dangers of Embryo Editing

Germline editing raises a host of medical and ethical concerns distinct from existing genetic modification, with much of the latter concerned with therapeutic uses; one example given by the advocates for caution was modified T cells that could substitute for existing drugs for HIV/AIDs.

The infusion of modified somatic cells doesn’t risk passing on the modified genes to the next generation, whereas a hypothetical “designer baby” could pass on their edited genes to the next generation, which could carry unknown risks of its own, although this wasn’t a problem for the researchers at Sun Yat-sen, who had purposely used non-viable embryos.

“Scientists currently lack an adequate understanding of the safety and potential long term risks of germline genome modification,” the International Society for Stem Cell Research (ISSCR) said in March, in a statement that called for a moratorium on clinical human germline editing.

The ISSCR asserts that no consensus had yet been reached on the therapeutic potential of germline editing or how to distinguish between therapeutic uses of the method and “attempts at human enhancement,” which are generally considered taboo in the scientific community.

In Aldous Huxley’s novel Brave New World, society is rigidly split into five castes determined through embryonic modification. Much of the consternation surrounding the idea of “designer babies” is that germline editing could make Huxley’s dystopian vision of the future a reality.

“The fear is that germ-line engineering is a path toward a dystopia of superpeople and designer babies for those who can afford it,” Antonio Regalado wrote in Technology Review. “Why not design a highly intelligent group of people who could be tomorrow’s leaders and scientists?”

At the moment, the prospects of a world populated by designer babies remains the stuff of science fiction. The study of the genetics of intelligence itself remains in its infancy, with the artificial improvement of human intelligence looming near the edge of the impossible.

Human height, an infinitely less complex variable than IQ, was recently discovered to be correlated with 697 genetic variants. There is no single gene that explains much of variance for human height, apart from deleterious mutations like Marfan’s syndrome.

Similar research in the field of intelligence are still far behind. A 2013 report said that the biggest investigation of the genetic component of IQ only had DNA samples from 5,000 people, half of the 10,000 that first yielded results for genetic studies of height.

Much of the research is being spearheaded by the Beijing Genomics Institute (BGI), a partially state-funded Chinese company. In the Hong Kong facility, one project involved the sequencing of the genome of 2,200 individuals with IQs above 160.

“People have chosen to ignore the genetics of intelligence for a long time,” said Zhao Bowen, who oversees the BGI office in Hong Kong. “People believe it’s a controversial topic, especially in the West. That’s not the case in China.”