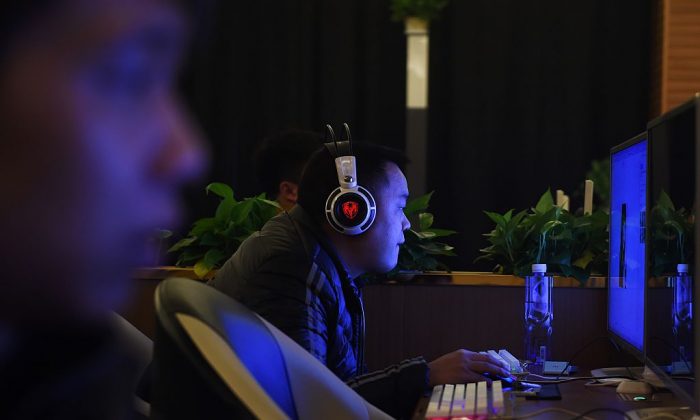 The Chinese regime has continued to tighten its grip over the country’s internet by closing down hundreds of websites and thousands of apps, and singling out internet giant Tencent Holdings’s news app for spreading “vulgar content.”

In the first three weeks of this year, the Cyberspace Administration of China (CAC) expunged more than 7 million pieces of online information deemed as “harmful,” and shut down 9,382 mobile apps and 733 websites, the internet regulator said in a statement Jan. 23.

The move formed part of the cyberspace police’s six-month campaign launched in the new year to purge “vulgar information” from the internet.

Tencent’s news app, Tiantian Kuaibao, which translates to “quick daily news,” was called out for spreading “vulgar and low-brow information that was harmful and damaging to the internet ecosystem,” and ordered to make changes. The agency did not provide specific examples of offensive content.

Tiantian Kuaibao said it would operate in accordance with the law and fulfill all requirements, reported The Wall Street Journal.

The agency also criticized Huaban, a photo-sharing social network, for having “serious ecosystem problems.” Huaban’s webpage currently displays a notice, saying its online service had been temporarily taken down for upgrades.

The cyber watchdog periodically announces its actions to censor the web. In December 2018, the cyber watchdog wiped 110,000 social media accounts for spreading what it said was harmful information.

Two months earlier, the CAC purged 9,800 social media accounts, including those belonging to famous influencers, for violations that included spreading politically harmful information and falsifying the history of the Chinese Communist Party.

The Chinese regime in recent years has ramped up its efforts to control the internet, as the communist regime seeks to clamp down on dissenting voices on the country’s bustling social media scene.

Recently, censors took aim at short videos, a hugely popular social media format that boasts more than 100 million daily users in China. A government-backed internet association this month published a list of 100 types of banned content, from spoofs of communist party leaders to videos promoting “money worship,” that short video platforms, such as popular apps Bytedance’s Douyin and Kuaishou, are required to censor.

But it is not only the country’s domestic internet that is heavily restricted; the regime also has been tightening its reins on social media activity outside of its Great Firewall. The Great Firewall refers to China’s internet censorship apparatus that includes blockading foreign websites and censoring content deemed undesirable by the Chinese Communist Party.

In past months, Chinese authorities have been targeting Chinese citizens on Twitter, which is only accessible by circumventing the Firewall. Some activists and Twitter influencers were arrested and interrogated by local police, while others have been forced to delete their tweets and close their accounts.