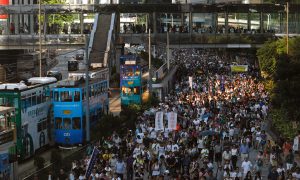 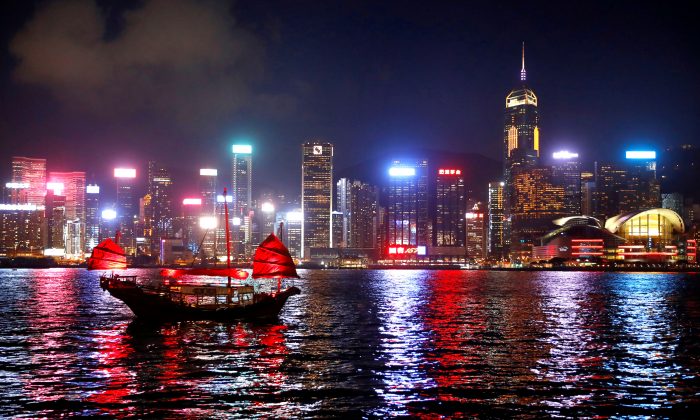 SINGAPORE—China has called on its biggest state firms to take a more active role in Hong Kong, including stepping up investment and asserting more control of companies in the financial hub, executives familiar with the matter said, as Beijing attempts to calm months of unrest in the city.

At a meeting this week in Shenzhen, the city bordering Hong Kong, senior representatives from nearly 100 of China’s largest state-run companies were urged to do their part to help cool China’s biggest political crisis in years, three executives, including one who was present, told Reuters.

At the meeting, the SOEs pledged to invest more in key Hong Kong industries including real estate and tourism in a bid to stabilize financial markets, two of the executives said, speaking on condition of anonymity to discuss internal deliberations. No specific investments were discussed or agreed upon, they said.

The state-owned enterprises (SOEs) in attendance included oil giant Sinopec and conglomerate China Merchants Group, one of the sources said.

The meeting was organized by the State-owned Assets Supervision and Administration Commission (SASAC), the powerful central body that oversees China’s state sector, which includes some of the world’s biggest companies in industries such as steel, energy, shipping and telecoms.

Instead of simply holding stakes in Hong Kong companies, the Chinese SOEs were also urged to look to control companies and have decision-making power in them, one of the people familiar with the meeting said.

“The business elites in Hong Kong are certainly not doing enough. Most of them are just not one of us,” the SOE executive who was at the meeting told Reuters.

SASAC’s Communist Party chief, Hao Peng, appeared in Hong Kong on Sept. 11 at a forum for the One Belt, One Road (OBOR, also known as Belt and Road) initiative and said that SOEs were looking for ways to cooperate in major projects in the city, according to a SASAC news release.

Hao, who was accompanied by a group of SOE executives, also met with Carrie Lam, the city’s chief executive.

While China’s big state firms are for-profit enterprises and many are publicly traded, they have long been expected to do national service, including maintaining high levels of employment and helping Beijing execute initiatives such as its OBOR infrastructure plan.

Months of huge and often-violent protests in Hong Kong were triggered by planned legislation that would have allowed suspects to be extradited to mainland courts. The protests have been fueled by what is seen by many in Hong Kong as creeping Chinese influence that is a eroding the “one country, two system” model under which China has ruled Hong Kong since its handover from the United Kingdom in 1997.

Widening mainland influence in Hong Kong has included the purchase of corporate assets and real estate.

The Hong Kong economy was once dominated by British trading houses with roots in the 19th century. Local tycoons started to take over many of the businesses in the latter part of the 20th century, creating huge conglomerates such as Li Ka-shing’s CK Hutchison Holdings.

Beijing has been willing to put pressure on Hong Kong businesses to be more patriotic, expressing unhappiness during an August meeting with the city’s business elites that they weren’t doing enough to quiet the protests, according to a report at the time by the state-run Xinhua news agency.

In the meeting last month with about 500 business leaders and pro-Beijing politicians from Hong Kong, Chinese authorities urged that they should “have no fears and stand up” to stop violence in the city, Xinhua reported.

Cathay Pacific Airways Ltd., a legacy of Hong Kong’s colonial era, has become the biggest corporate casualty of the protests after Beijing demanded it suspend staff who support the demonstrations. Its chairman announced plans to step down in November, less than three weeks after CEO Rupert Hogg left amid mounting regulatory scrutiny.