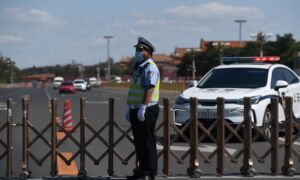 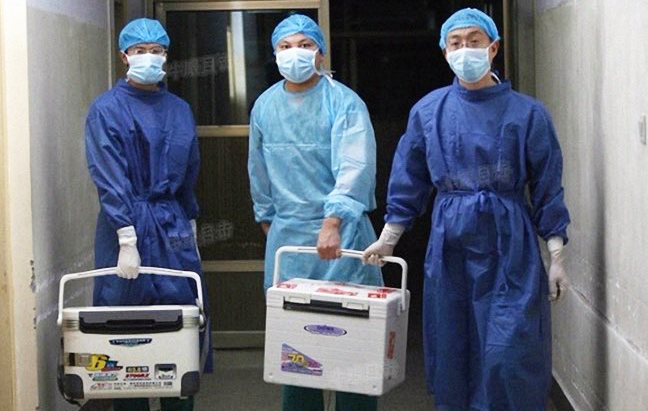 China recently claimed it now has nearly 300,000 registered organ donors and will surpass the United States in organ transplants by 2020—an explosive rise that is cause for alarm, according to Dr. Torsten Trey, the executive director of Doctors Against Forced Organ Harvesting.

Trey spoke with The Epoch Times about concerns over the transparency of China’s organ transplant system and pointed to the possibility of ongoing abuses, despite the country’s claims of reform.

The Epoch Times: At a major organ transplant conference in Kunming on Aug. 3 to 5, China stated that they have almost 300,000 registered organ donors and that it has successfully reformed its organ donation system. Do you find these claims credible?

Dr. Torsten Trey: In the United States, it took approximately 20 years to create a donation system. In China, the environment is even more conservative in terms of donations.

Traditionally, Chinese people are against organ donations. And in the particular case of China, there is even a regulation that if only one family member rejects the organ donation from a deceased relative, the organ cannot be procured. Thus, even if people register as organ donors, there are still obstacles ahead that don’t exist in the United States. Also, once a person is registered, the person usually does not pass away within 2 to 3 years after registration.

Developing a voluntary, free organ donation system requires time. A fast development is rather a sign that the system is not growing voluntarily. And then there is again the question, “Where do the organs come from?”

The Epoch Times: What are the standards for determining if an organ transplant system is transparent and credible? How is China’s system different from that of the United States and other developed countries?

Dr. Trey: Transparency and traceability of organ donors are criteria among the World Health Organization’s Guiding Principles on Human Cell, Tissue and Organ Transplantation. Without transparency, transplant medicine is walking a very narrow path where abuse can unhinge the very principles of the medical practice.

Medicine is supposed to save lives and do no harm, yet in transplant medicine, one depends on an organ from another person to provide a cure for the patient. If that transplant organ is procured in an unethical way, in a way where the life of the donor is jeopardized or even ended, then this would violate the mission of medicine. Transparency and traceability are the minimum requirements to prevent such abuses.

In order to assess whether a transplant and organ donation system is meeting these WHO guidelines, an independent examiner needs to be able to ask—at any time and for any organ—where the organ comes from, who the relatives are, who the donor is, what the cause of death was, and whether there was voluntary, free, and informed consent. This is common practice in all Western countries.

In China, we see the opposite: There is no access for independent examiners—except maybe for biased examiners, or to examiners who are not aware of the findings of independent investigators.

The Epoch Times: How has China managed to escape independent scrutiny then? And what would it entail?

Dr. Trey: Scrutiny requires access on the ground. China keeps control over it; they decide who can enter or not.

The best comparison is made with the business world. If a company wants to produce inside China, they have to collaborate with a Chinese company, and they have to reveal their technology. This is unheard of in other countries, I believe. On the surface, it is just an IT privacy issue, but on a deeper level, it is censorship of who can enter the country.

In the transplant field, those organizations and doctors who were invited and granted access to “inspect” transplant centers are only those doctors who have proven over the years that they only write in a pro-China style. It is censorship in transplant scrutiny—like in business—that guarantees there won’t be inconvenient questions or investigations. Companies and doctors alike who abide by Chinese censorship are granted access to the country.

In other words, by selecting who can access the country, truly independent scrutiny is systematically prevented. If China would be really open, they would allow the true critics who ask real, scrutinizing questions to enter the country. The intention of this strategy is to fool the international community with pseudo-independent inspections.

The Epoch Times: How did Huang Jiefu, China’s organ transplant spokesperson, respond to international allegations that many of China’s organs have been sourced from prisoners of conscience, mainly Falun Gong practitioners?

Dr. Trey: In February 2017, during his visit to the Vatican in Rome, Huang Jiefu simply replied that allegations of the number of Falun Gong victims were “nonsense.” Other than saying that this is nonsense, there has been basically no statement deflecting the findings from investigators or providing data that would say otherwise.

Given that there has been international criticism for more than 11 years, it would be fairly easy for China to let investigators enter China and investigate. It is surprising that China endures the criticism, instead of dispelling these allegations by allowing international inspections.

There are books filled with evidence, hundreds of pages of evidence, with countless testimonies by Falun Gong practitioners, and more. Thus, rejecting all this with just one word—”nonsense”—is absolutely inadequate. But to a certain degree, it also proves that the allegations and the evidence are true, at least in part, as Huang is not able to provide any response to counter the allegations.

The Epoch Times: Thirty leaders of foreign organ transplant societies and associations attended the recent transplant conference in Kunming. Chinese media reports cited international transplant experts lauding reforms in China’s organ transplant system. What would you like to say to them?

Dr. Trey: It is commendable if China, or any other country, made genuine reforms to meet ethical standards. But it would be a fatal mistake to applaud such reforms if they are only covering up more severe crimes against humanity. In that case, the alleged reforms cannot be considered reforms, but rather a scheme to deceive Western doctors and to cover up ongoing forced organ harvesting. If reforms are praised while the hidden forced organ harvesting of Falun Gong practitioners and other prisoners of conscience continues, then we find this devastating situation where applause resounds while innocent people are slaughtered for their organs.

As a representative of international medical organizations, one has the responsibility to consider the victims first: Reforms are good, but the well-being of potential victims of forced organ harvesting is the first thing to guarantee.

Can you guarantee that no prisoner of conscience is being killed for their organs? If you can guarantee it, then feel free to applaud. But if you cannot guarantee that not a single Falun Gong practitioner is being forcibly organ harvested somewhere in China, then hold your applause and keep scrutinizing. Anything different would be irresponsible and premature.

The Epoch Times: In an interview with Global Times, a subsidiary of a mouthpiece paper of the Chinese Communist Party, Huang claimed that China was not the first to use prisoners as a source for organs.

Interestingly, this was only an interview in a Chinese newspaper, and it is probably little known in the West how Huang talks about his Western colleagues.

Aside from the historic question—who was first?—there is absolutely no doubt that in terms of numbers and systematic approach, China is the worst offender. Over the past 20 years, they have killed at least hundreds of thousands of people for their organs.

Interview edited for brevity and clarity. Li Chen contributed to this report.