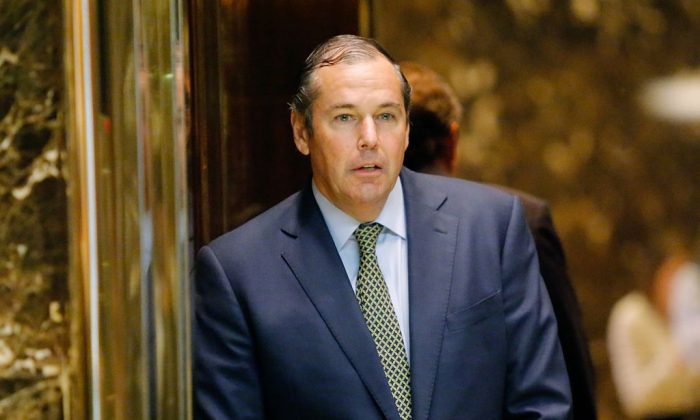 JOHANNESBURG—China is saddling poor nations with unsustainable debt through large-scale infrastructure projects that are not economically viable, the head of the U.S. Overseas Private Investment Corporation (OPIC) said on July 16.

The criticism of Beijing comes as Washington seeks to ramp up development finance in the face of China’s global ambitions.

China has pledged $126 billion for the plan, which observers see as the Chinese regime’s bid to expand its geopolitical influence through foreign investments.

In an interview with Reuters in Johannesburg, OPIC CEO Ray Washburne warned that the Chinese strategy has created a debt trap for many poor nations.

“Just look at any project in these countries and they’re overbuilding the size,” he said. “We try to have countries realize that they’re indebting themselves to the Chinese.”

Washburne is not the first to warn of growing debt linked to Chinese infrastructure projects.

And in March, a report by the U.S.-based think tank Center for Global Development, analyzed the risk of debt distress among 68 countries participating in the Belt and Road initiative and concluded that the majority were at risk of going bankrupt from defaulting on Belt and Road projects.

In December last year, Sri Lanka formally handed over commercial activities in its main southern port located in Hambantota to a Chinese company, as part of a plan to convert $6 billion of loans that Sri Lanka owes China into equity.

U.S. officials have warned that a strategic port in the tiny Horn of Africa nation of Djibouti could be next, a prospect the government there has denied.

Washburne also voiced concern over a $360 million expansion of the airport in Zambia’s capital Lusaka currently being carried out with financing from the Exim Bank of China.

“The local economy isn’t benefiting from that. It’s a much too large airport. They’ll have too much debt on it. At some point, someone’s got to pay. Pay or the Chinese take control,” he said.

OPIC this month launched an Africa-focused initiative that will earmark more than $1 billion over the next three years for projects supporting transportation, information and communications technology, and value chains.