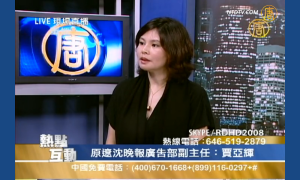 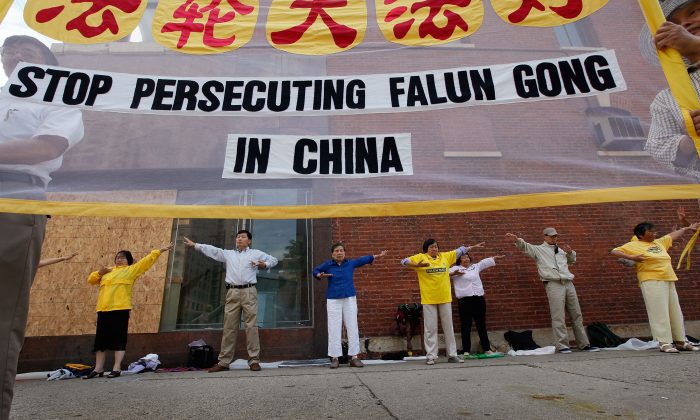 China Not Free Until Falun Gong and Women Are Free

WASHINGTON-Chinese people are heading towards liberty, but that will not happen while Falun Gong practitioners are persecuted and women suffer from “gendercide,” said women’s rights activist Reggie Littlejohn while speaking on Capitol Hill in April.

“I believe that change is coming in China,” she said. “People are getting to the point where they just can’t bear it any longer..[they] are getting bolder.”

Littlejohn is the Founder of Women’s Rights Without Frontiers, a rights group that focuses on China and its One Child policy.

The speakers were at a screening of the award winning documentary, Free China: The Courage to Believe, which presents in chilling detail, the experiences of two Chinese practitioners of Falun Gong, an exercise and meditation practice also known as Falun Dafa.

In the film, Dr. Charles Lee and Jennifer Zheng recount how they were incarcerated, beaten, and tortured as part of a state campaign to destroy their belief in Falun Gong’s fundamental tenets of truthfulness, compassion, and tolerance.

Dr. Lee and Ms. Zhang describe how they were forced to work long hours on products destined for the United States in China’s horrific labor camps. More terrifyingly, after they were blood tested upon entering the camps, both realized later that they were lucky to escape murder for their organs, which are harvested in Chinese labor camps and used to service a lucrative organ trade.

“How people can go through that length of torture and deprivation without breaking—I am in awe of all of you,” LIttlejohn said, referring to Dr. Lee and two other practitioners of Falun Gong who had been tortured in China for their beliefs, and who were present in the audience.

Dr. Tsuwei Huang, spokesperson for the Falun Dafa Association in Washington D.C., said the event marked the 14th anniversary of a peaceful appeal by Falun Gong practitioners in Beijing.

Back in 1999, 10,000 practitioners traveled to Beijing to give personal testimonials about the benefits of the practice, believing that national authorities had been misled about the nature of Falun Gong.

“We are holding this event in the U.S. congress to commemorate the courage and continuous peaceful pursuit of freedom of belief while under the severe persecution of Falun Gong by the Chinese Communist Party, ” Huang said.

Dr. Huang said tensions are rising in China, and people are increasingly exhibiting a willingness to speak out against oppression. Large scale incidences of unrest have risen in recent years, reaching up to 800,000 in 2007.

Since 2012, the money the Chinese government has spent on security to suppress its own people has exceeded its national defense spending, according to Huang. “This is definitely not a harmonious society,” he said.

Dr. Charles Lee added that the Obama administration should take note of the distance growing between the official communist system and Chinese people, and increase their efforts to engage with the people of China.

“Regimes come and go but people stay,” he said. “In ten years you want [Chinese] people to say: ‘Yes, you did the right thing; you were on our side.'”