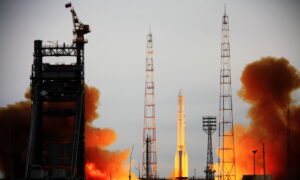 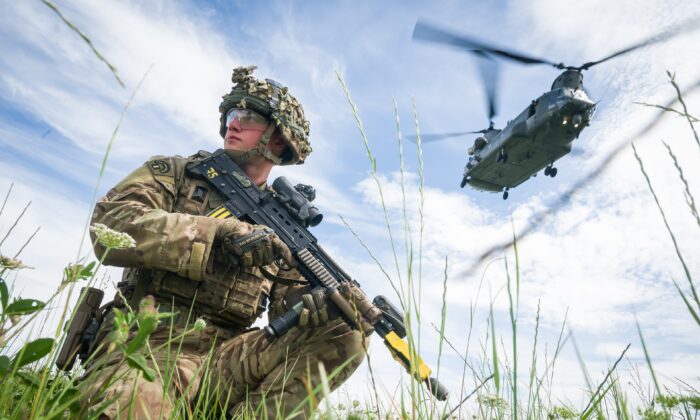 China Must Be Banned From Investing in UK Defence Supply Chain, Lawmakers Say

Investments from China and other hostile states pose a risk to Britain’s national security and should be banned from the UK’s defence supply chain, a British parliamentary committee said on Sunday.

The cross-party Defence Select Committee warned that Britain’s defence supply chain has been “open to potentially hostile foreign involvement” as a result of the Ministry of Defence’s “country-agnostic” handling of inward investment.

The committee recommended that the Ministry of Defence publish a list of approved countries from whom investment should continue. It said “all those countries falling outside of this list should be barred from investing in the UK’s defence supply chain, including China and Russia.

The warning was issued in a report published on Sunday following an inquiry into the vulnerabilities of the UK’s defence supply chain during the COVID-19 pandemic, which was caused by the CCP (Chinese Communist Party) virus, commonly known as the novel coronavirus.

The committee found that foreign involvement is widespread within the UK’s defence supply chain as a result of the Ministry of Defence’s approach of encouraging inward investment as “one of its primary means for delivering value for money.”

“Whilst the evidence suggested that most investments are from close allies and are to be welcomed, there were a number of investments which were concerning,” said the report (pdf).

“The Ministry of Defence’s open and country-agnostic approach has meant that the defence supply chain has been open to potentially hostile foreign involvement, with reports of companies being owned and influenced by foreign governments whose values and behaviours are at odds with our own and who are known to engage in intellectual property theft.”

The committee expressed concerns that the involvement of companies linked to states such as China “could result in British high-technology and equipment featuring in foreign military technology.”

The report lists nine companies operating in the UK defence industry that have been acquired by Chinese companies in recent years.

One of the firms, eXception PCB, produced plastic components used in circuit boards for the F-35 fighter jet.

In another case, British semiconductor technology may have ended up in a Chinese naval railgun after the acquisition of Dynex Semiconductor by Chinese railway firm CRRC Zhouzhou in 2008, the report said.

The committee of MPs urged the Ministry of Defence to “urgently assess the implications of Chinese ownership of the companies listed within this report.”

The lawmakers also expressed concerns over the Ministry of Defence’s purchase of second-hand Chinese equipment.

The committee said this is “deeply concerning,” and that “the purchase of equipment from China for use by the Armed Forces should not be considered a viable option by the Ministry of Defence.”

The report quoted commentators as saying that the equipment could have security problems, as they “may have been defective or actively sabotaged before transfer.”