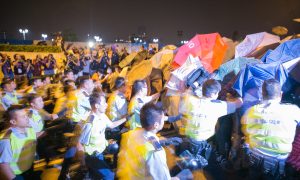 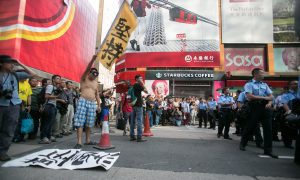 Protesters Comment on Clearing of Mong Kok in Hong Kong
0 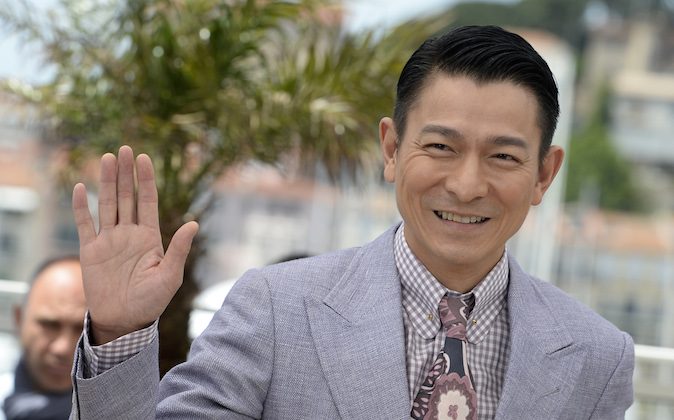 Chinese actor Andy Lau waves on May 20, 2013 while posing during a photocall for the film 'Blind Detective' presented Out of Competition at the 66th edition of the Cannes Film Festival in Cannes. Cannes, one of the world's top film festivals, opened on May 15 and will climax on May 26 with awards selected by a jury headed this year by Hollywood legend Steven Spielberg. (Anne-Christine Pouiloulat/AFP/Getty Images)
China

It seems that no movie star is too big for Chinese media authorities to remove from their billboards, especially if they speak up for something that the Chinese Communist Party doesn’t approve of.

The State Administration of Press, Publication, Radio, Film and Television (SARFT) has allegedly removed all ads that feature Hong Kong mega movie stars Andy Lau or Chow Yun-fat because the duo spoke up in support of the Hong Kong Occupy Central demonstration, according to Radio France Internationale.

In a Cantonese-language interview with Apple Daily (via Hollywood Reporter), Chow said: “When the government uses violent measures on students, it’s a turn-off for the people of Hong Kong.

“I don’t wish to see anyone getting hurt… it was a peaceful demonstration, and there was no need for any violence or tear gas.”

Chow added: “I’ve met the residents, the students — they are very brave and it’s touching to see that they’re fighting for what they want.

“The students are reasonable.

“If the government can come up with a solution that the citizens or students are satisfied with, I believe the crisis will end.”

Andy Lau wrote on a fan site that there ought to be “no tear gas, no violence, no abuse.”

Another big Hong Kong star, Tony Leung Chiu-wai, also told Apple Daily: “I support all the people of Hong Kong who peacefully ask for what they want, and protest the government’s use of excessive force against people who have gathered peacefully, and hope the government can quickly arrange for sincere talks with the people.”

Unfortunately, the Hong Kong police resorted to violence on Oct. 14, injuring students and reporters as they cleared barricades at a number of protest sites.

Thus far, it only appears that Lau and Chow have been censored.