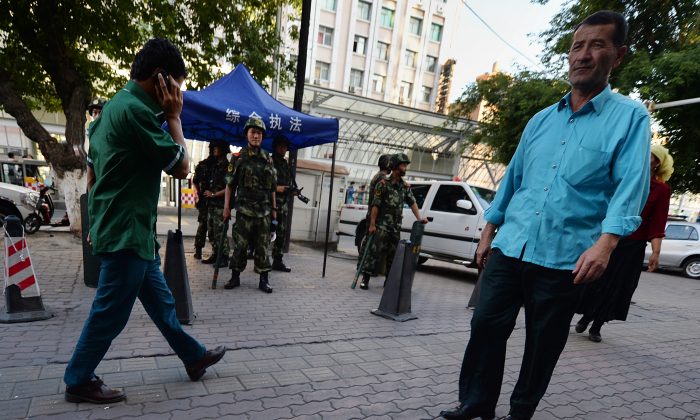 China May Face More US Export Restrictions Over Muslim Crackdown

WASHINGTON—The Trump administration is reviewing ways to clamp down on the export of U.S. technology that China’s government could use in its surveillance and internment of minority Muslims, amid reports of mass detentions of ethnic Uyghurs and others in the Xinjiang region.

In a letter to the leaders of a congressional committee, seen by Reuters on Oct. 2, Commerce Secretary Wilbur Ross said his department, in consultation with the State Department and other agencies, could announce export policy changes within weeks.

“We are conducting this review expeditiously and expect to publish amendments to the EAR (Export Administration Regulations) later this fall,” Ross said in the letter to Senator Marco Rubio and Representative Chris Smith.

Ross said the review included assessing whether to add Chinese individuals, businesses and others to a list of entities subject to special license requirements, revising licensing policy and updating technologies controlled for the protection of human rights.

Any sanctions decision would be a rare move on human rights grounds by President Donald Trump’s administration against China, with which it is engaged in a trade war while also seeking Beijing’s help to resolve a standoff over North Korea’s nuclear weapons.

Rubio and Smith, the Republican leaders of the Congressional-Executive Commission on China, wrote to Ross in September urging the administration to broaden sanctions on China over its treatment of minority Muslims.

Ross’ letter was a response to that letter.

The Chinese regime has used the excuse of potential Islamic threats and ethnic riots to crack down on the local population in Xinjiang.

Uyghurs and other Muslims are held in concentration camp-like facilities, known as “re-education” centers, are forbidden from using Islamic greetings, must learn Mandarin Chinese, and sing propaganda songs, according to a report by Human Rights Watch.

Other countries such as France, Germany and Pakistan have called on China to close “re-education camps” in the Xinjiang region and to ease the pressure on the Muslims minority.

The United Nations human rights panel said in August that China is believed to be holding up to one million ethnic Uyghurs.