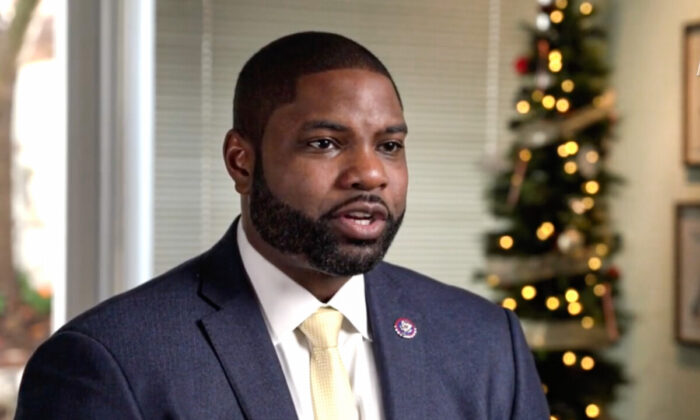 China May Exploit US ‘Weakness’ to Take Control of Taiwan: Congressman

The war in Ukraine reveals the “weakness” of U.S. leadership and China may exploit it to make the same move to Taiwan, according to Rep. Byron Donalds (R-Fla.)

Russian President Vladimir Putin had been planning to invade Ukraine for some time by building up troops on the border over many months. He finally took action after seeing Washington’s “weakness” displayed in its botched handling of the U.S. withdrawal from Afghanistan, according to Donalds.

The U.S. administration’s response to Putin’s invasion, in Donalds’ view, was also inadequate.

“We should have been ahead of this—far sooner than we have been,” Donalds recently told the “Capitol Report” program on NTD, an affiliate of The Epoch Times.

“Our entire focus just shouldn’t be on Russian sanctions after the fact,” he added.

“This is what happens when you have somebody who leads from behind or does not lead at all.”

Meanwhile, the Chinese regime is also closely watching Washington’s response to the Ukraine crisis to aid in its plans to take Taiwan. Beijing views the self-ruled island as its own territory and has vowed to bring Taiwan into its fold, with force if necessary.

“If there’s going to be no response from America, because we’re too concerned about putting in sanctions that are too little too late [on Russia], then the Chinese are just going to move and be more aggressive,” Donalds said.

The congressman said that the White House should get tougher with such adversaries as the Chinese regime and be decisive in making a pre-emptive move to protect Taiwan.

“We need to be standing with them and sending clear messages today, right now that we’re going to do everything in our power to defend them,” he added.